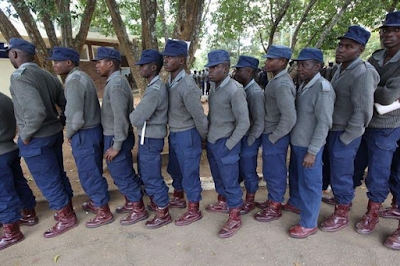 Seventeen police officers from Zimbabwe have been apprehended in connection with illegal gold mining activities. According to Zim Eye, eleven police officers from Inyathi and six from Nkayi were arrested on Wednesday last week and have been appearing before an internal tribunal at the Nkayi District police headquarters.
A police source said the officers appeared on Monday, January 23 at the Nkayi Police Station were they allegedly charged them for failing to execute their duties, with member of the public accusing them of turning a blind eye to illegal activities.

'The hearing started on Monday, the 17 officers have been charged under the Police Act after being suspected of being involved in mining at the gold claims and failing to discharge their duties.


Some senior police officers tried to cover up the activities of the officers but the matter came to light following increased public complaints and violent clashes.'

Their arrest is said to have been made after two hundred police officers were deployed at Inyathi and Nkayi area to restore order.
Tweet