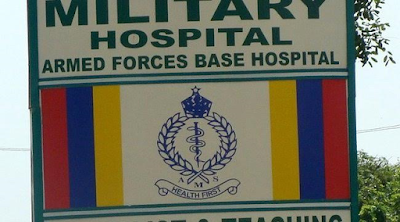 The 37 Military Hospital in Ghana is to hold a mass burial for 48 unclaimed dead bodies in its morgue, including those who lost their lives in the June 3 Accra flood and fire disaster in 2015. In a statement released by the Hospital authorities, families of the deceased were given 21 days ultimatum from January 23 to show up at the Hospital to identify and claim the bodies or risk mass burial.

'Failure to do so will result in a mass burial of the bodies.' The statement  read.

According to to a Ghana Web report, at least 150 people lost their lives in the June 3 twin disaster which was caused by over five hours of downpour and an explosion at a GOIL filling station at the Kwame Nkrumah Circle where some people were seeking refuge.
Tweet