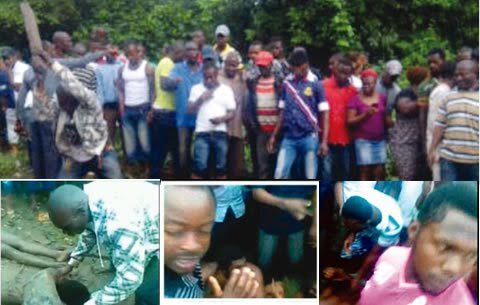 It's been over 4 years since four undergraduates of the University of Portharcourt were brutally killed by a mob, the trial is still ongoing and now 5 out of the 12 people facing trial for the crime have been discharged and acquitted.

They were discharged by Justice Letan Nyordee of the Port Harcourt High Court on the insistence that no prima-facie case was established against them.

The Director of Public Prosecution reportedly filed a submission of no case, revealing that the five persons had no case to answer and the court released them following this.

Those released are; Alhaji Hassan Welewa, who is the traditional ruler of Aluu where the crime was committed, Lawal Segun, Okoghiroh Endurance, Ozioma Abajuo and Chigozie Evans Samuel. The other seven are still facing trial.
Tweet