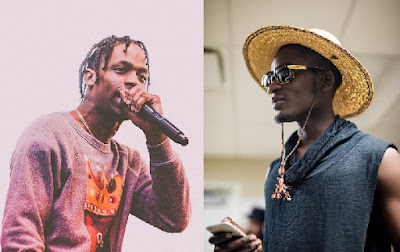 American hip hop act, Travis Scott may have just confirmed that he is a big fan of Mr. Eazi. The Nigerian-born, Ghana based musician who has been teasing fans towards the release of his mixtape 'Lagos to Accra', took to his IG page to announce the release date. Behold, the 'Whole Lotta Lovin' rapper commented on his post by indicating he is feeling one of his songs 'Leg Over'. Check out his comment on Mr.Eazi's post below: