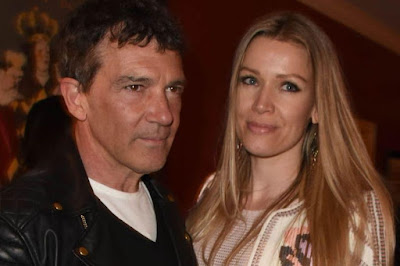 Spanish actor, Antonio Banderas, was rushed to St Peter's Hospital in Chertsey on Thursday after he began experiencing excruciating pain in his chest while exercising at his home in Surrey. Paramedics were called in following the heart scare to help convey Antonio to the hospital.

Thankfully, it was not life-threatening and the Spy Kids star actor is currently fast recovering from the ordeal, enough to take time out to thank the paramedics.

Antonio moved to Britain in 2015 with his partner Nicole Kimpel after his divorce from his wife of 18 years, reportedly because he wanted to enjoy a more relaxed lifestyle.
Tweet