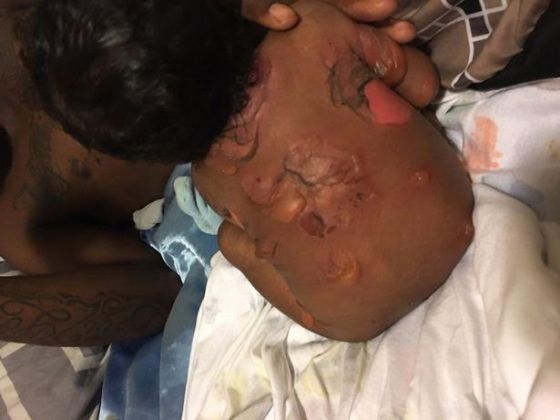 One of the joys of every parent is in being able to hold their new baby close. Sadly this cannot be the case for Kadyem, 22, and Kyera, 20, the first time parents of a baby born on December 28 with a rare incurable disease which makes his skin peel off when touched. 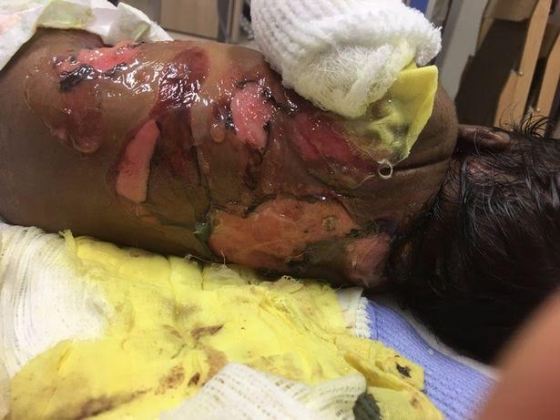 Baby Kaheel Clark-Smith was diagnosed at birth with Epidermolyosis Bullosa (EB) after he was born with small blisters on his arm, but the doctors dismissed it as a mild case and sent him home, however, he had extreme breakout days later that resulted in blisters and the loss of 60% of his skin and that was when it was discovered that he has the worst case of the disease.

Kaheel's parents, who are unable to cuddle or kiss their baby, are raising funds to fly their son to a specialist EB centre in Ohio since the hospital where their son was born in Seattle, Washington has very little experience in handling such case. 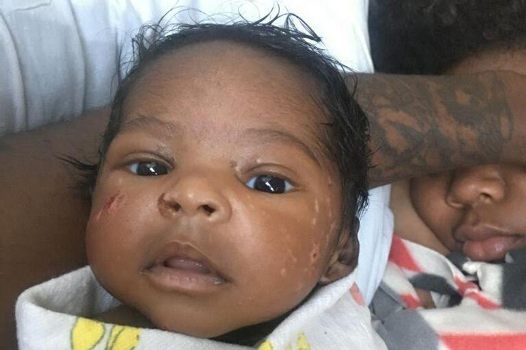 Khaleel's aunt, Brandi Smith, revealed the extent of the trauma these new parents and their child are having to deal with;

"This is their first child and they are so overwhelmed and broken. We found out the day he was born and didn't know anything about it. We had to do all the research at home," She said. 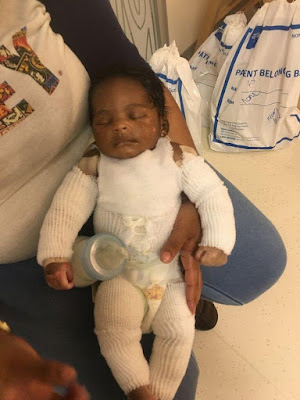 "We found out this was the 'worst disease you've never heard of' and we were so heartbroken. Even a cuddle or a kiss can cause his skin to blister. The doctors gave us false hope because he was eating and all his vital signs were fine. Then he had a bad breakout and he was admitted to NICU on Jan 4th.

"We just got back the results from the biopsies and have been told it's the worst type of EB."

Brandi started a GoFundMe page to help raise $30,000 for the medical flight to get the baby to the care of experts in Ohio and also for the expensive special clothing and bandage needed to wrap Khaleel.
Tweet