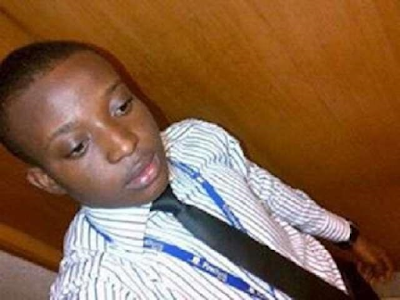 A Bank Cashier, 26-year-old David Anibolu, was on Wednesday sentenced to four years in prison by an Igbosere Magistrates’ Court in Lagos for stealing N9, 308,000 from a customer’s First Bank of Nigeria (FBN) Plc account. Anibolu was arraigned on April 3, 2014 on a two-count charge of conspiracy and stealing.

It was revealed by the prosecuting Police Superintendent, Chidi Okoye, that on the 22nd of March 2015, Anibolu who was on annual leave came to the bank where he worked at FBN Alaba 2 branch in Ojo under the pretext that he wanted to assist a customer in posting his land use charges. Anibolu allegedly used the opportunity to transfer the sum of N9.308 million from a customer's account into other accounts.

“He fraudulently changed a customer’s identity and mandate card which enabled him to debit the said account of the sum N9 million and transferred it into various accounts,” Okoye said.

It was revealed that Anibolu confessed in a statement tendered by the prosecution that his accomplices, who have all absconded, promised to give him N4 million from the money stolen, however, they disappeared with all the money.

According to the police, Anibolu said,


“I have been working with the bank as a teller since 2011 but on the day of the incident, I used the passwords of my colleagues with the help of “F” Key logger given to me by my friend called Afeez who is now at large. The logger helps link a customer’s identification with another that has online banking, which enables cash to be transferred successfully from one account to another. My regret now is that I was supposed to get N4 million as my share but the receivers of the money have since disappeared. I regret my action."

Anibolu denied that the statement is authentic, claiming he was tortured by the police at the station to make the statement. However, the Chief Magistrate A.O. Awogboro ruled that there was no evidence of coercion or torture and accepted the prosecution's testimony as credible.

The trial which lasted for two years and nine month was brought to a close on January 25, 2017 with the Chief Magistrate finding him not guilty of a count of conspiracy but convicted him of stealing. He was sentenced to four years in prison, beginning from the date of his detention.

Before sentencing, Anibolu's lawyer, Philips Onyama, pleaded for a sentence of a fine, or a lenient jail term for his client.


“He’s a first time offender; he has no father, only a sick mother who relies on him to survive. He has been in custody since March 24, 2014 and has suffered emotional and physical torture. He is also now more sober and refined,” Onyama pleaded.