Cops in Pennsylvania shoot homeowner dead while investigating a burglary 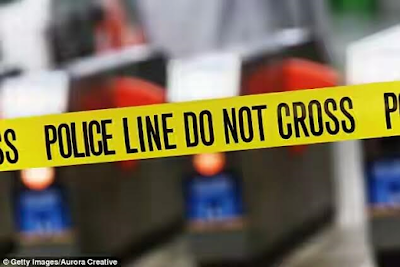 Christopher Mark Thompkins a 57yr old homeowner in Pennsylvania was shot dead by cops after they arrived to investigate a break in at his home. The tragic incident unfolded when Thompkins opened fire in the direction of the officers as they tried to gain entry into the home, they were forced to return  fire killing him in the process. It all began on Sunday morning when the victim's ex-wife, Brenda Richmond who he reconciled with seven years ago heard a stranger near their bed.
They jumped out of bed, spooking the intruder who fled. Richmond called 911 but thinks the alarm company might have called police before her. Officers arrived at the home just before 4 a.m after getting a report of a burglary in progress. Richmond, 51, said her deceased partner was concerned about his mother who was in a bedroom on the first floor: 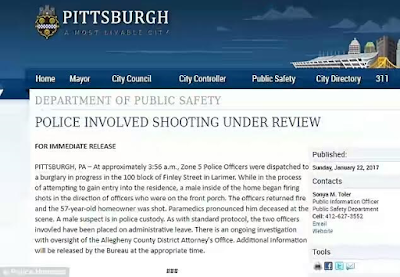 'They shot the wrong guy. He didn't want to hurt no cops. He was trying to save his mother.'
'He was just saying, ‘My mom, my mom." That's all he was worrying about.'
'I gave him my gun and he went to the stairs and I was behind him. I could see Mark shoot down the stairs at the guy.'
'The cops came and they shot through the door. Mark was shooting at the robber not the cops.'
After the traumatic moment Richmond ran away to a window. She said: When the police came in, I was gonna jump (from the roof) but the police told me "Don't jump." I was screaming, "I’m a victim. Don’t shoot me. I’m on the phone with 911."' The officers involved in the incident have been placed on administrative leave while investigations continue. In a statement, Pittsburgh police said: 'As with standard protocol, the two officers involved have been placed on administrative leave.'
'There is an ongoing investigation with oversight of the Allegheny County District Attorney's Office.

Additional information will be released by the Bureau at the appropriate time.'
Tweet