Home » World News » France's most wanted terrorist & Chief headhunter for Islamic State, Kevin G, hands himself over to the Police

France's most wanted terrorist & Chief headhunter for Islamic State, Kevin G, hands himself over to the Police 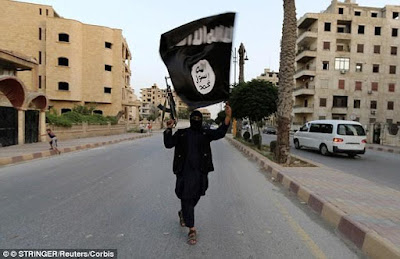 One of France's most-wanted terrorist, who was a former choir boy, has turned himself over to the police. 24-year-old Kevin G, who was a Chief headhunter for Islamic State, handed himself over, claiming that he has been reformed.

Kevin converted to Islam a decade ago and is believed to have been in charge of getting young French people to sign up to terrorism in Syria and Iraq. He spent four years in Syria before leaving with his four French wives and their six children for Turkey last year. His wives were arrested and sent back to France.

Backlisted by the United Nations back in 2014 as a wanted terrorist, Kevin has now been charged with financing terrorism and recruiting jihadis for both al-Qaeda and Islamic State. He claims to have turned his back on terrorism and walked away from ISIS because he feared being killed.

Although his case is being handled by the Paris prosecutor, officials must now determine whether he has genuinely reformed or whether it was a deliberate ploy to return to Europe as part of a sleeper cell.
Tweet