Garba Shehu, hide your head in shame over your comment on Southern Kaduna killings- PDP 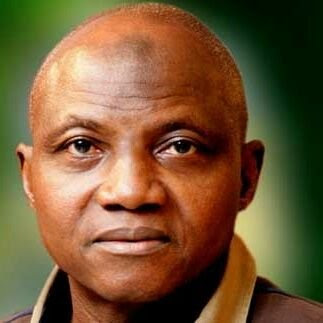 This is a press statement released and signed by Prince Dayo Adeyeye, the National Publicity Secretary of People's Democratic Party (PDP).
We condemn in totality the statement credited to the Senior Special Adviser to the President on Media and Publicity (SSA), Garba Shehu, on Channels Television today, Monday, January 23, 2017 wherein he shamelessly alledged that the killings in Southern Kaduna is partly the fault of the PDP because it is the only Senatorial District in the North West with PDP Senator. How sad!

2. We are baffled that such a callous, irresponsible and insensitive statement could come from a person who speaks for the President of Nigeria. This shows the extent to which every issue in the Country today is viewed from the APC's and the Presidency's extremely narrow and jaundiced partisan political prism.

3. Is Garba Shehu inferring that the hapless people of southern Kaduna were singled out for genocide because they elected a PDP senator? Or that the People invited such mindless violence upon themselves by choosing to be different in a sea of APC domination? Or is the Southern Kaduna massacre really an action to teach the people a bitter lesson for voting PDP and not APC? It is really unimaginable that any reasonable person can make such a reckless statement.

4. One really wonders when the APC would finally accept responsibility for its incompetence and maladministration and end the blame game. They have spent the last two years doing nothing but blame the PDP for their woes. They will from all indications, spend the next two years doing the same. May be that's what they were elected to do after all. Even then, they need not descend to the gutter as Garba Shehu did on Channels TV  this morning.

5. It is high time those in authority learned that we can not reduce everything to partisan politics.  You do not play politics with the lives of millions of people. That's exactly what APC Governor of Kaduna State, Mallam Nasir el Rufai and President Buhari have been doing with the lives of the people of Southern Kaduna. Beyond politics, we are all accountable to God almighty.

6. We once again call for an international inquiry into the Southern Kaduna massacre. We have little faith that those at the helm of affairs at the State and National levels will do justice in the matter.

7. Finally we call on Garba Shehu to tender an unreserved apology to all Nigerians for his unguarded, reckless and irresponsible statement failing which we would call on President Buhari to relieve him of his duties.

Long live the people of Kaduna State and in particular, the Southern Kaduna constituents!