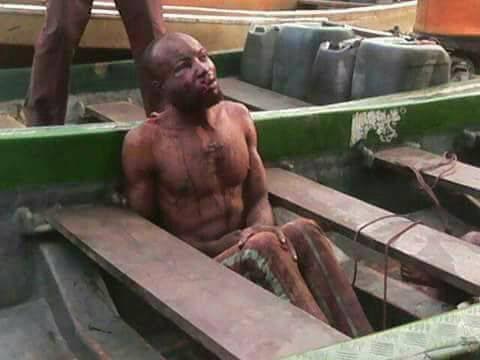 Men alleged to be kidnappers were caught in Okodi community of Ogbia Local government in Bayelsa state. According to online reports, they were spotted in a bushy area by a palm cutter, who ran into the community to raise alert. Action was immediately taken to get them arrested by a Joint Task Force team.

The leader of the gang, Mr Labester, who's reportedly an ex militant, is from Okigbene community in Southern Ijaw LGA. More photos below: 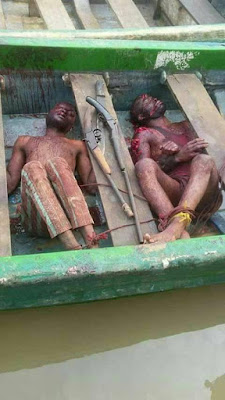