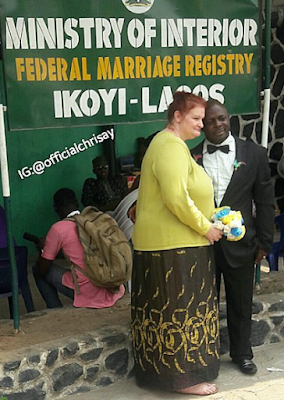 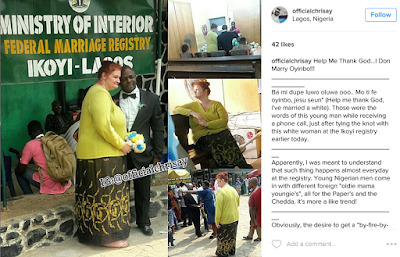 Those were the words of this young man while receiving a phone call, just after tying the knot with this white woman at the Ikoyi registry earlier today.

Apparently, I was meant to understand that such thing happens almost everyday at the registry. Young Nigerian men come in with different foreign "oldie mama youngie's", all for the Paper's and the Chedda. It's more a like trend!

Obviously, the desire to get a “by-fire-by-force green card” has really blinded alot of Nigerian men or how else does one explain why a 32 year old man would bring home a foreign grandmother for marriage without the elderly in his family berating him.

Honestly, I thought the Yoruba has got culture. What has happened? Because the man in question is a Yoruba man, from Ondo State precisely.

As a matter of fact, i was also rightly informed that the young man is married with two kids. Guess, his wife travelled or something, but his kids were present at the court wedding. And from where I sat, I overheard the kids calling him "Daddy..Daddy", and the man replied in Yoruba disgruntledly " E ma pe mi ni daddy mo, se e ti gbo". (Don't call me daddy, hope you've heard). At that point, i knew something funny was going on.
But then, on a more serious note. Have things become that bad that Nigerian men have to be deceitful?

Truly, wisdom is profitable to direct!! 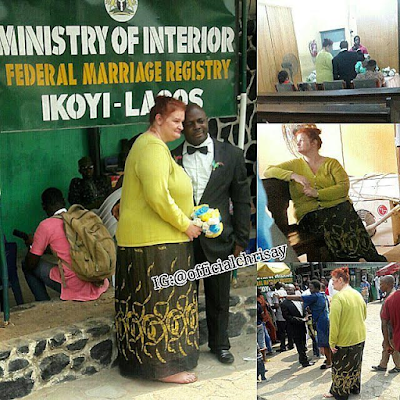