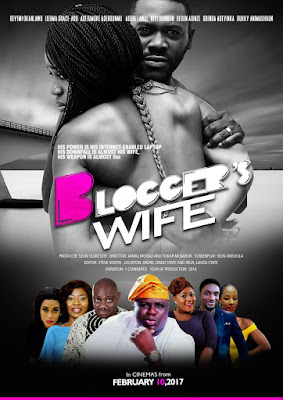 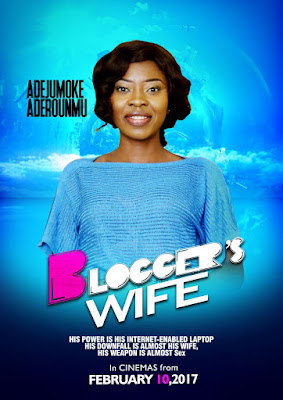 Ijeoma Grace Agu needs no introduction; she is known to interpret her role flawlessly as she did in ‘Taxi Driver (Oko-Ashewo)’ and ‘One Room’. She also won the most promising actress in 2014 Best of Nollywood Awards (BON). She is the lead actress in the upcoming movie, ‘Blogger’s Wife’, where she acted as a troubled wife who was angry at husband for a sin he knows not of. Ijeoma Grace Agu is projected as the future of Nollywood.

Adejumoke Aderounmu, popularly known as ‘Esther’ for her role in Funke Akindele’s comedy series, ‘Jenifa’s Diaries’, is becoming one of the most sought after female actresses in Nigeria now. She won the 2016 Scream Awards for the category of New Face of Nollywood and currently nominated for 2017 MAYA Awards (Face of Nollywood category).

Jumoke is a vibrant actress and we can’t wait to see her in Blogger’s Wife as she plays the role of a friend to the blogger’s wife.

Adunni Ade, who started out as model, gained popularity in the comedy show ‘The Skit’. She started her acting career in 2012 and has featured in over 15 movies including comedy skits. She was recently nominated for the 2017 Africa Magic Viewers Choice Awards (AMVCA) for the category of Best Supporting Actress in Drama Movie/Series. We trust the Nigerian/American actress to give us her best in the movie.

Curvy and chic Seun Omojola, started out as a Nigerian singer. She fully went into acting in 2003 and has ever since featured in over 20 English and Yoruba Nollywood movies. She is also a songwriter and a producer. Being in the game for long, we know she is going to be superb in the upcoming movie, ‘Blogger’s Wife’.

Aisha Lawal’s name may not ring a bell, but she is a Nigerian movie producer, actress, interior decorator and event planner. She got her big break in the movie, ‘Ami Agbara (sign of power) and her movie ‘Shadow’ was nominated for 2016 Africa Magic Viewers Choice Awards (AMVCA). She indeed is a must-see in this movie.

‘Blogger’s Wife’ directed by Toka Mcbaror and produced by Seun Oloketuyi is a romantic drama that tells the story of a male blogger whose power was his internet-enabled laptop; his downfall is almost his wife and his weapon, sex. The quest to overcome his challenges and meet his wife’s expectation leads to the various intense scenes that add a twist to the story.

Watch the trailer and see new poster photos of the female titans in the movie as we anticipate its release on Friday, February 10, 2017.


Movie posters have also been attached. 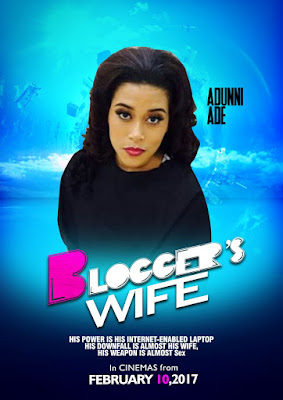 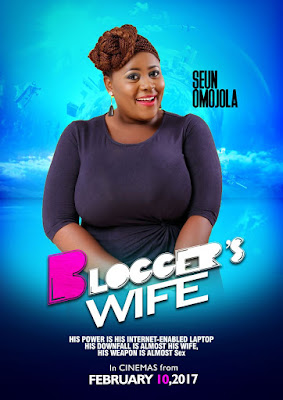 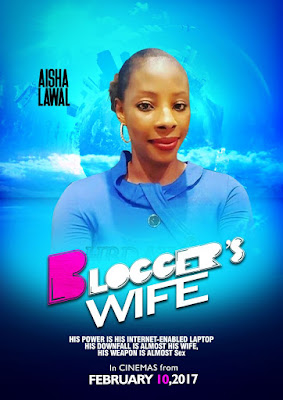 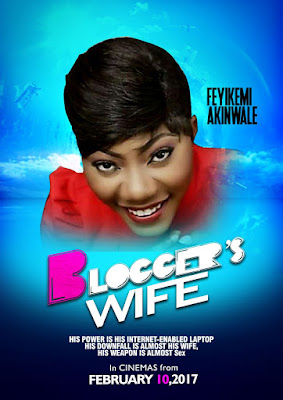