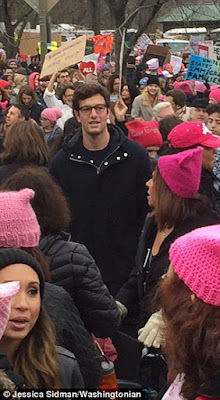 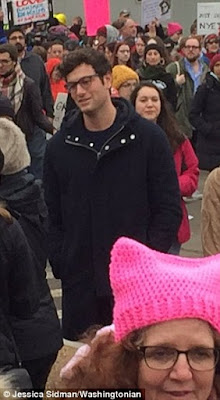 First daughter, Ivanka Trump's husband, Jared Kushner, was sworn in Sunday as President Donald Trump's senior advisor. His brother, Joshua Kushner who is a lifelong Democrat and the longtime boyfriend of model, Karlie Kloss, (who voted for Hillary), attended the swearing in ceremony and posed with his brother and in-laws family for photos. However, the previous day, Joshua who is younger than Jared was spotted at Saturday's Women’s March on Washington, D.C. 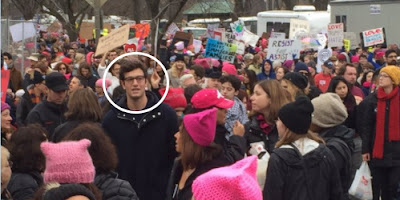 So, people are beginning to wonder if he is playing both sides. 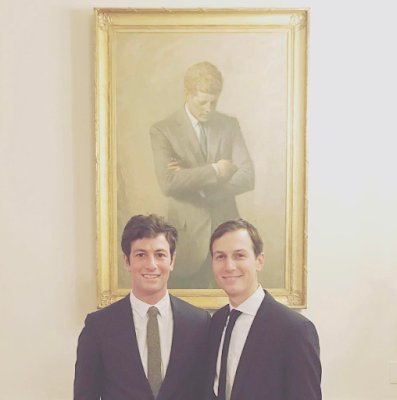 He shared this photo of himself and his brother, Jared posing in front of a portrait of John F. Kennedy. 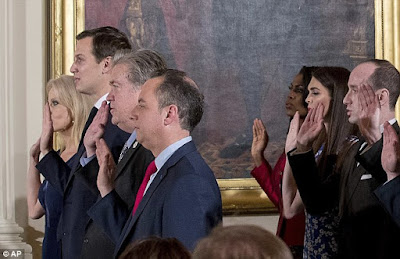 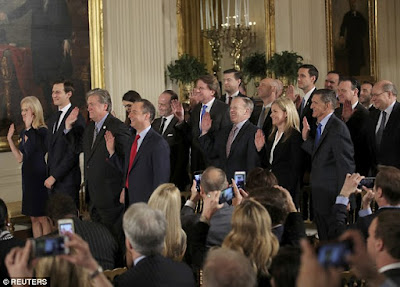