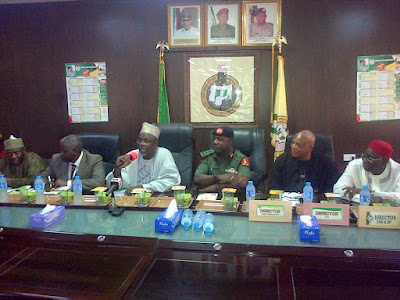 The Joint Admissions and Matriculation Board (JAMB) and the National Youth Service Corps have resolved to step up measures to check fraudulent practices by prospective corps members.
This was the subject of discussion during the visit by the JAMB Registrar, Professor Ishaq Oloyede, to the Director-General, Brigadier General Sulaiman Kazaure, at the NYSC National Directorate Headquarters.
Professor Oloyede noted that applications for change of date of birth being forwarded to JAMB were mostly from over-aged persons who want to get mobilized for the national service.

He explained that since his assumption of duty as Registrar, JAMB had been taking measures to block sharps practices, while also seeking enhanced inter-agency cooperation in that regard.
In his remarks, the NYSC Director-General, Brigadier General Sulaiman Kazaure, described JAMB as a critical stakeholder in the NYSC, and welcomed the agency's renewed commitment to eliminating sharp practices.
Tweet