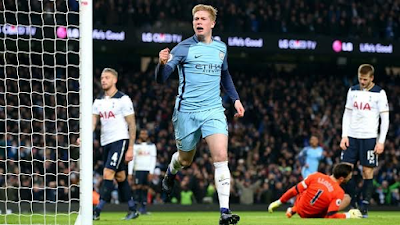 Kenyan football fan was stabbed to death following the match between Tottenham Hotspur vs Manchester City on Saturday, January 21, 2017. The fan was killed by a rival after an argument erupted while they were watching the match at a bar in Maringo, Kenya. He is said to have been stabbed several times by the rival fan

Buru Buru police boss, Joseph Maiyek confirmed the incident, saying the assailant escaped after the killing his rival. he said a manhunt has been launched for the killer.
According to nyumbanitv, the body of the football fan has been taken to the City Mortuary for preservation.
Tweet