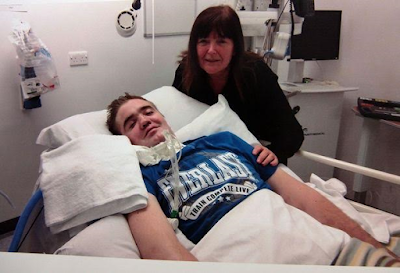 A man whose head was ripped from his spine in a horrific car accident surprised doctors by surviving for two years and went on to marry his heartthrob 4 days before his life support was switched off. Tony Cowan, 31, was involved in a car accident on September 9, 2014, which left him with a neck injury that doctors said was 'unsurvivable'. 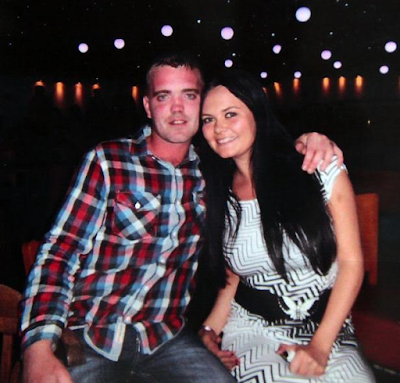 He became dependent on a ventilator afterwards and lived longer than expected. He would have continued living except he began to have unbearable pains and this led him to request for the life support to be switched off.

Four days before he requested to be allowed to die, he fulfilled his dream of getting married by wedding his partner of twelve years, Karen Dawson,29, at the University Hospital of North Durham. Karen revealed that their wedding was meant to be in May, but because of the unbearable pain, it was moved forward. 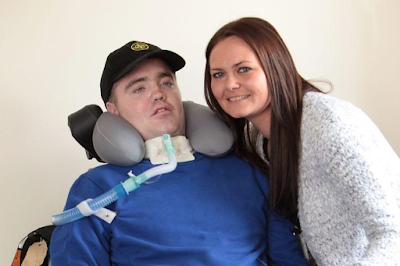 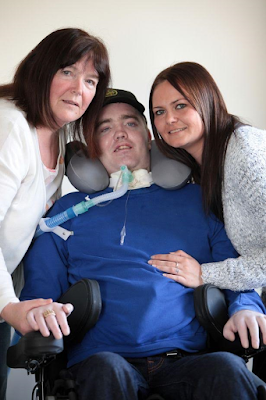 “It was amazing and it was happy and sad because we knew what was coming. He always wanted to get married but we just never got round to it.”

Tony reportedly tried to live a full life after he was discharged from hospital following the accident. He returned home with Karen who took care of him and he did things he loved like watching movies.


“He just wanted to live as normal a life as possible,” she said. “Even though he was the way he was he wanted a normal lifestyle. We would stay up late watching films, order takeaways. We were together all the time." 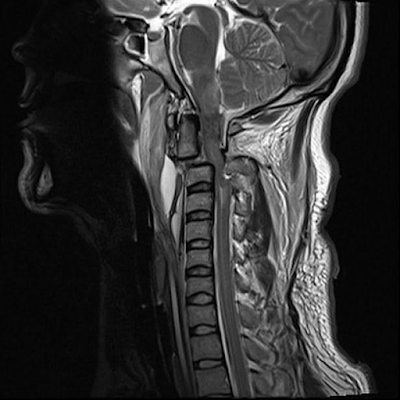 However, Tony developed Pneumonia and chest infections which led to him returning to the hospital. He has now been buried with the wedding dress his bride would have used on her big day.
Tweet