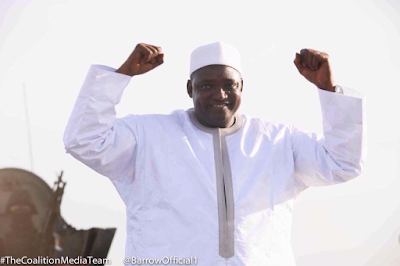 Gambia's new President Adama Barrow returned home after two weeks in Senegal. He received a tumultuous and well-fitting welcome at the Banjul International Airport and escorted by thousands of waiting Gambians and other people standing by the highway side clapping and waving at him while he appears on top of his car equally waving the crowd. Some Gambians were seen along wide avenues leading to the airport, wearing T-shirts with Barrow's picture blowing whistles, drumming and singing in Fula language. 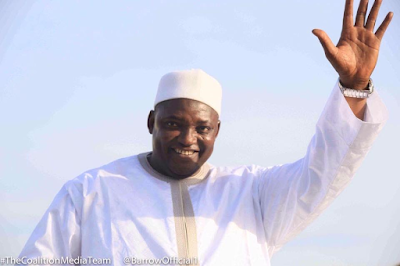 Under heavy security by the ECOMOG, President Barrow was escorted to his residence at TAF Estate in Brufut town where he will live for the meantime while the State House is under sanity checks by the ECOWAS forces to ensure safety. He was sworn-in last week on January 19th at the Gambian embassy in Dakar, Senegal, when former President Yahya Jammeh remained defiant and refused to hand over power. 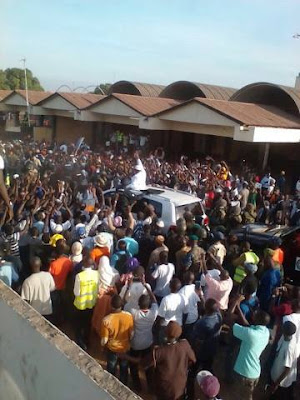 Jammeh departed The Gambia for Equitorial Guinea on Saturday after final mediation efforts by Presidents Mohamed Ouid Abdel Aziz of Mauritanian and Alpha Conde of Guinea. 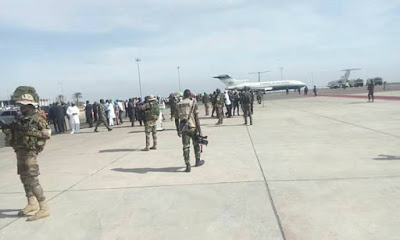 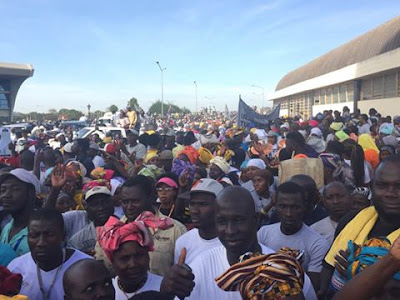 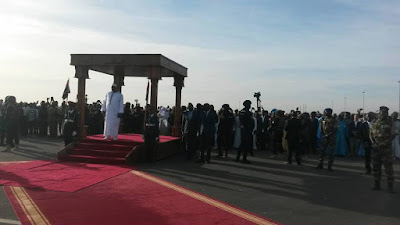 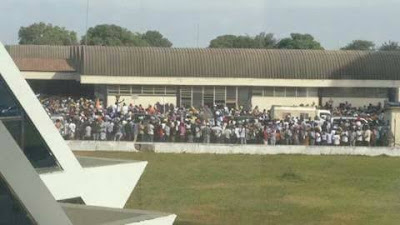 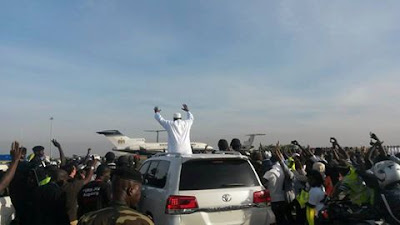 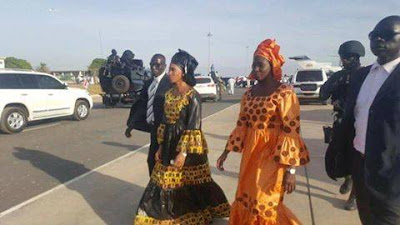 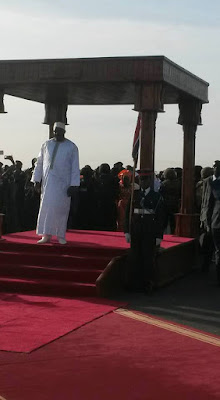