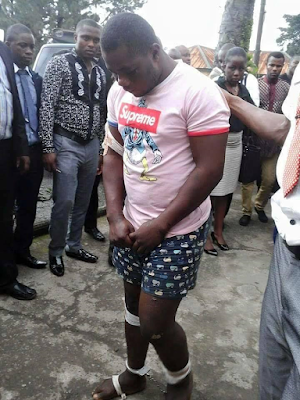 Unknown gunmen on Friday morning stormed the Owerri High Court  in a commando style, scared everybody off with gunshots and rescued a notorious kidnapping kingpin, Henry Chibueze a.k.a Vampire and two others.
The suspect is pictured in 2015 being paraded at the premises of Imo Police command, after his arrest following five years of unsuccessful manhunt. He was facing criminal charges bothering on armed robbery, kidnapping, murder, etc. 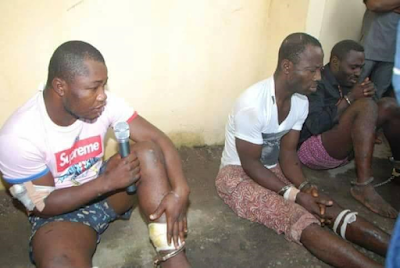 Five prison officials who led the suspects to the court premise received serious gun shots wounds and were rushed to the hospital. Vamoire grabbed a gun from one of the prison officials together with the one one of the gunmen gave him and started shooting sporadically.

Prior to his arrest at Ohafia, Abia State, Vampire terrorized, kidnapped and killed over 300 innocent individuals in the south East and South South Nigeria. 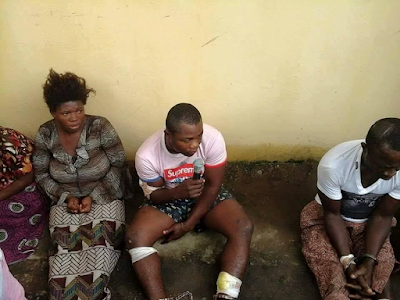 During interrogation, Vampire also admitted to having abducted and murdered an official of the Imo State Environmental Transformation Commission, ENTRACO, after collecting the sum of N50 million.
The notorious criminal is believed to have murdered his girlfriend for allegedly stealing the sum of N45 million belonging to him.
Source: Additional information by THISDAY
Tweet