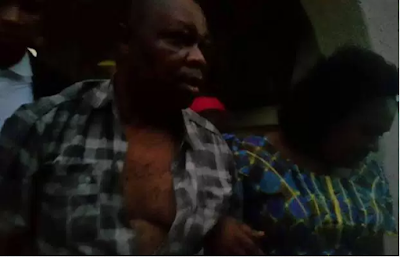 The defense Lawyer of Apostle Akan Weeks of Reigners Bible church Uyo, Barr Ini Ekpo was reportedly shot in his two legs in the early hours of Thursday morning, 26th January, 2017. According to reports, he was shot by a group of armed robbers at about 2 a.m after they successfully scaled through the fence of his home which is located at Assemblies of God drive off, Itu road, Uyo.
The lawyer was rushed to a private hospital where he is presently receiving treatment. The incident is coming shortly after the Commission of Inquiry concluded it's investigations into the collapse of the church which claimed the lives of many and injured several more.
Tweet