Home » Local » Religious crisis: CAN applauds Apostle Suleman for being vocal, says Osinbajo's silence on the matter is no longer golden

Religious crisis: CAN applauds Apostle Suleman for being vocal, says Osinbajo's silence on the matter is no longer golden 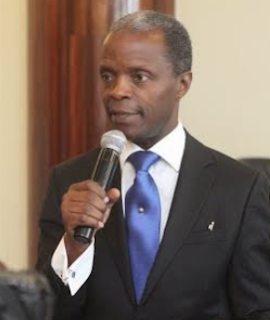 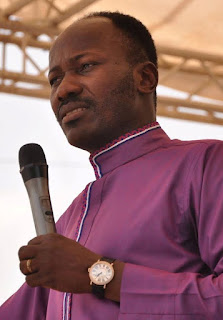 The Christian Association of Nigeria, CAN, has released a statement, applauding controversial clergyman and Senior Pastor of Omega Fire Ministries, Apostle Johnson Suleman, for being vocal in the face of the repeated killing of Christians by some herdsmen in some parts of the country.

In a statement signed by its special assistant on media and communication to the CAN President, Bayo Oladeji, the religious body kicked against last Wednesday's attempted arrest of Suleman in Ekiti state, arguing that his recent comments on the religious crisis in the country is permitted by the Constitution of the Federal Republic of Nigeria. They argue that Suleman is entitled to Freedom of Speech.


"Apostle Suleman has become a refugee in Ekiti state as security operatives are said to be searching every nook and cranny of the state with a view to arresting him. If there is an urgent need to interrogate Apostle Suleman on any issue, it would only have been proper to extend a formal or informal invitation to him from the SSS rather than Gestapo approach used in the attempt to arrest him. It should be noted that under Nigerian Laws, he is presumed innocent until a court of law proves otherwise. Or have they extended the proposed obnoxious law that forbids religious preaching without the permission of the state governor down south too? Treating Ministers of God and our members as common criminals is unacceptable to the Christian Association of Nigeria (CAN). Enough is enough. The last time we checked, Sections 38-41 of the 1999 Constitution (as amended) states clearly that every Nigerian is “entitled to freedom of thought, conscience and religion, including freedom to change his religion or belief, and freedom (either alone or in community with others, and in public or in private) to manifest and propagate his religion or belief in worship, teaching, practice and observance. The Constitution states unambiguously that ‘Every person shall be entitled to freedom of expression, including freedom to hold opinions and to receive and impart ideas and information without interference’. Every person shall be entitled to assemble freely and associate with other persons, and in particular he may form or belong to any political party, trade union or any other association for the protection of his interests: Every citizen of Nigeria is entitled to move freely throughout Nigeria and to reside in any part thereof, and no citizen of Nigeria shall be expelled from Nigeria or refused entry thereby or exit there".

The group called on Vice President Yemi Osinbajo, who is a Christian, to speak against the repeated attacks on Christians, stating that his silence on the matter is no longer golden

“It is high time the overzealous security agencies knew that Nigeria remains a secular state and any attempt to turn the country into a refugee camp for Christians will not be acceptable and will be resisted with every lawful means. We call on the acting President, Professor Yemi Osinbajo, to intervene in all the clampdown on the Church in Nigeria after all, he is in the office primarily to represent the interest of the Christians and his studied silence is no longer golden"he said
Tweet