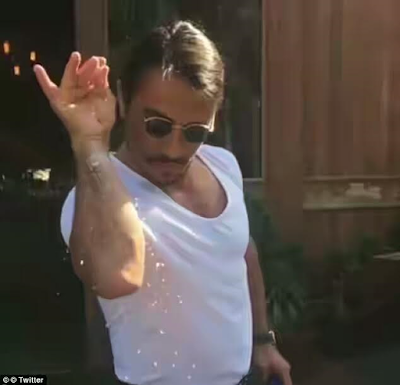 'Salt bae' needs no introduction, if you don't know him, you live under a rock. His real name is Nusret Gökçe and he already has successful steakhouses in his native Turkey and in Dubai. He plans to ride the wave of his newfound fame and open outlets in London and New York. His popular video has been viewed more than 7 million times and his Instagram followers have shot up to over 2 million. In an interview with Turkish newspaper Hürriyet Daily News, he said the openings would be in a few months and that his success is due to 'telling stories and drawing people's attention'. 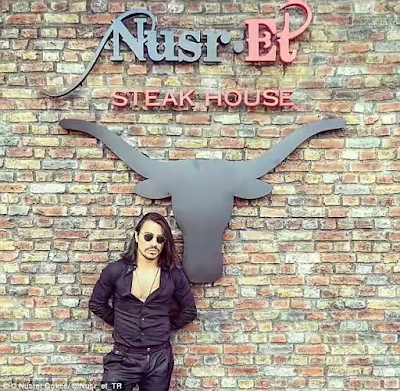 Of his most famous viral video, which led fans to give him the name 'Salt Bae', Gökçe said:

'Actually that move at the end [salting] came automatically. I did not do that to show off.
'It is just my signature. You can think of it a kind of final touch for a painting. It was a final touch to the meat; I was blessing the meat.' 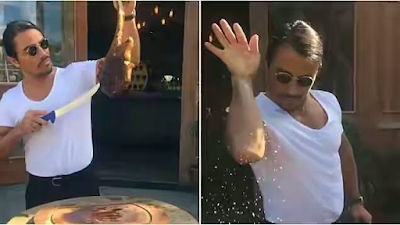 Gökçe who runs the Nusr-Et Steak House chain does not speak english but he is undaunted in his quest to set up shop in the UK and US. He told Hürriyet that he 'could communicate with people through meat' instead. Celebrities like Roger Federer and Mesut Ozil have patronised his restaurant.
The hunky butcher came from humble beginnings.

In an interview with Turkish news website Aksam, the butcher revealed that he was the son of a miner and left school early because his family could not afford to keep him in education.
Speaking to Hürriyet, he said: 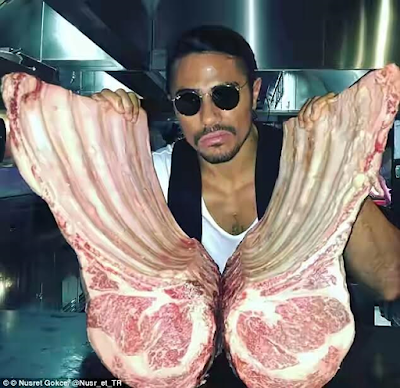 'People see me as uncouth. I am the son of a mine worker. My father and mother do not know literacy.
'I cannot go to school due to financial difficulties. I started to working at a butcher as an apprentice when I was 14. Meat has become a passion for me.' 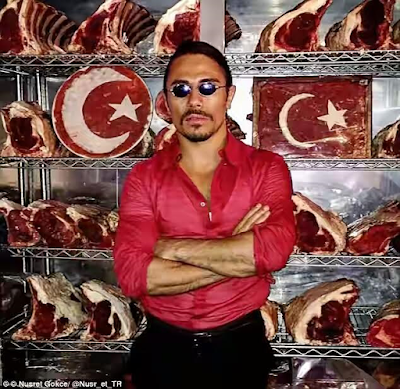 After apprenticing as a butcher, he sharpened his skills in Argentina before setting up his own establishment.
He has now grown his business into a successful model and people flock to eat his food from all over the world. 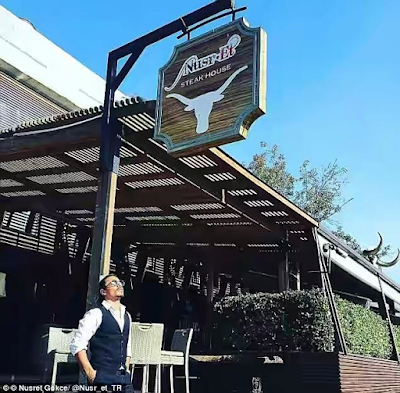 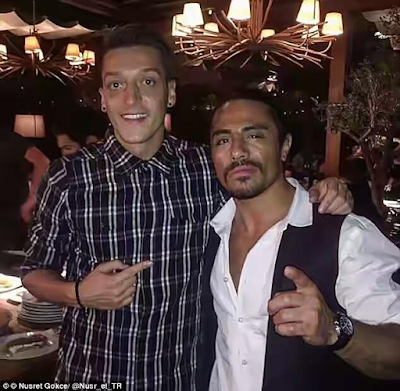 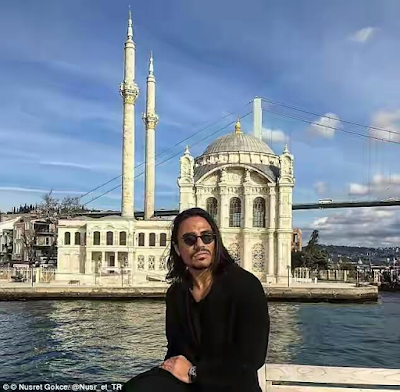 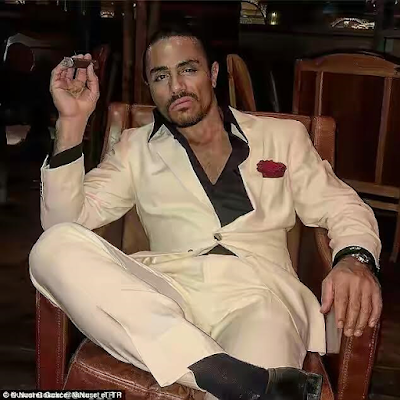 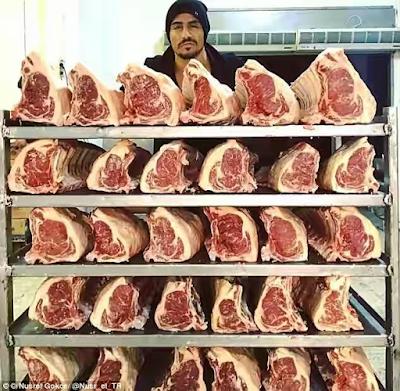