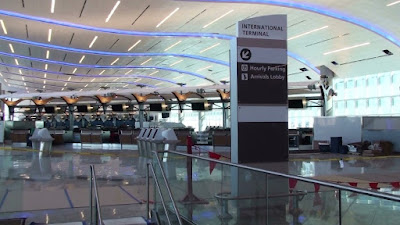 U.S. Customs and Border Protection officials said in a statement that Elvis Henry Idada, 31, was arrested after he arrived on a flight from Nigeria.

"Sexual exploitation of children shocks and offends the common decency of our society," said Carey Davis, CBP Port Director for the Area Port of Atlanta. "We remain vigilant and prepared to detect and intercept all persons, baggage and merchandise that do not comply with our laws."
Tweet