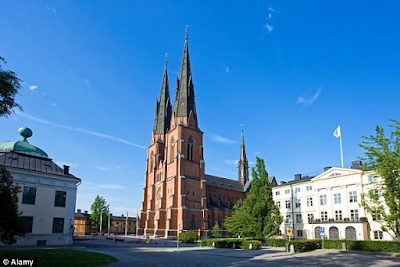 As though being raped is not humiliating enough, a woman was broadcast live on Facebook as she was being gang raped by several armed men.

The rape occurred in a flat in the town of Uppsala, north of Stockholm, on Saturday night. The entire assault, from the moment when the woman was stripped until police intervened hours later, was recorded by a webcam and streamed live on Facebook.


Witnesses who watched the live assault thought it was a sick joke at first until police arrived and switched off the webcam.

One of the witnesses, Josefine Lundgren, 21, who watched the video alerted the police. She later described the encounter to Sweden's Expressen newspaper, saying; "He pulled her clothes off and lay on top of her."

"The first thing you think is 'how can you do such a thing to a girl?' And how can you do it live? It is totally sick." Another witness who saw the video and did not act because he thought it was a joke said.

Three people have been arrested in relation to the crime, the apartment is being tested by forensic scientists and the woman is believed to be recuperating in the hospital.
Tweet