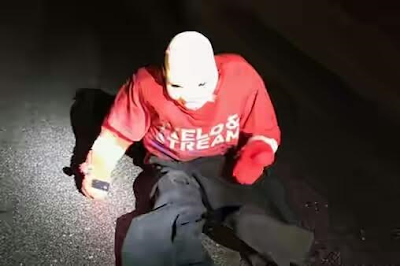 An unnamed 33yr old American woman almost fell victim to her own compassion when she stopped to assist what looked like a lost child by the roadside. It was 1:33 am and pitch dark when her headlights picked out a figure dressed in kids clothes, unknown to her, it was a dummy planted there by robbers.
Two male attackers jumped out at her but thankfully, her doors were locked and she sped off unharmed.
Police responded to the scene and are calling for information which could lead to the arrest of the perpetrators.
Major Jason Wank of Catertet County, North Carolina advised motorists to always keep their doors locked while driving. The police department said in a statement:

"The dummy was constructed of a fake plastic head and kids' clothing, including a red Field & Stream shirt. "Anyone who has information about this dummy or the people responsible for making it are encouraged to contact the Sheriff’s Office."