Home » Local » Wow! Who could have been this wicked to a dog (photos)

Wow! Who could have been this wicked to a dog (photos) 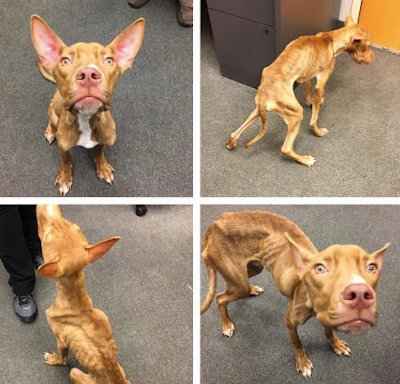 This is animal cruelty at it's peak! Why would someone treat his or her dog like this? A severely malnourished 1 year old dog named Malachi has been found on the streets of Cleveland weighing 19 pounds - a massive underweight for the dog's age.

According to a dog rescue and motherless dogs home, who rescued the dog, Malachi isn't a stray dog and was most likely starved for a long period before he was thrown out to the streets. 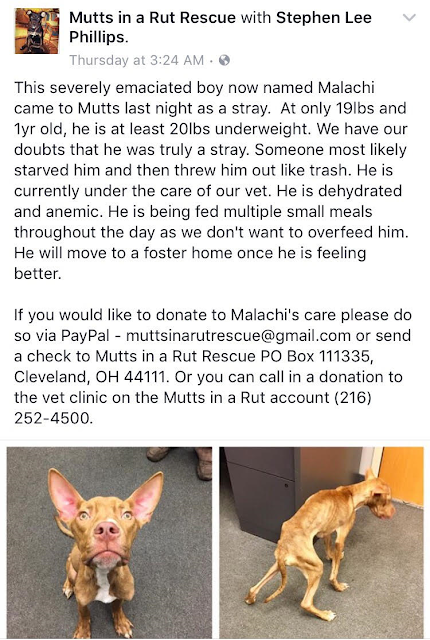 
''This severely emaciated boy now named Malachi came to Mutts last night as a stray. At only 19lbs and 1yr old, he is at least 20lbs underweight. We have our doubts that he was truly a stray. Someone most likely starved him and then threw him out like trash.' He is currently under the care of our vet.

He is dehydrated and anemic. He is being fed multiple small meals throughout the day as we don't want to overfeed him. He will move to a foster home once he is feeling better.''