36 people infected with Anthrax in Tanzania after eating cow meat 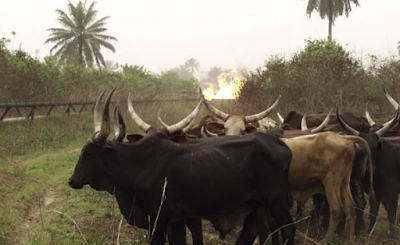 Authorities in Tanzania are reporting an anthrax outbreak in the Northern District of Hai, after 36 people were infected with the serious bacterium from consuming carcass of a cow. The victims, who all were rushed to the hospital, presented themselves with symptoms of swollen eyes, lesions on the face, hands, cheeks and fingers last week.
According to Elias Machange, the head of Livestock and Fisheries Department at Hai District Council, he said the disease was reported few days ago when people in the area ate meat from a cow.
Hai District council executive director, Yohana Sintoo who also confirmed the outbreak of the disease, said it had affected three villages of Sanya Station, and Tindigani in Kia ward and Nkwasira village in Masama Westward.

'It is true all the patients were rushed to the district hospital and others to the regional hospital,' he said, adding that some of them were discharged soon after recovering.

The authorities also reported that a team of health experts had been dispatched to the affected villages to control the situation.
Tweet