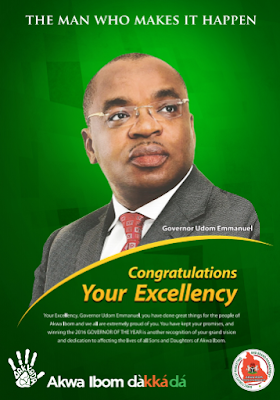 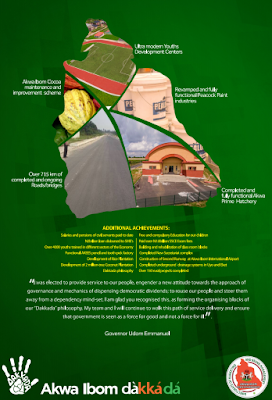 Encomiums, glamour and accolades will flow freely tonight as Governor Udom Emmanuel is honoured as the “Leadership Governor of the Year 2016” by Leadership Newspaper in Abuja.

Those who know Gov. Udom Emmanuel well will attest to the fact that he has been approached with offers to take awards by more than two hundred organizations across the nation, but he had always declined such offers on the grounds that it is still early days and he needs to work first. 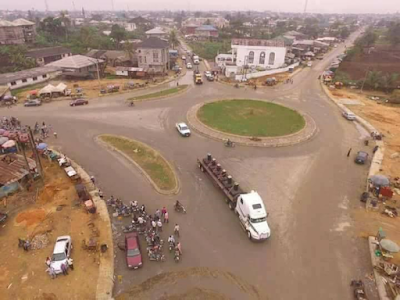 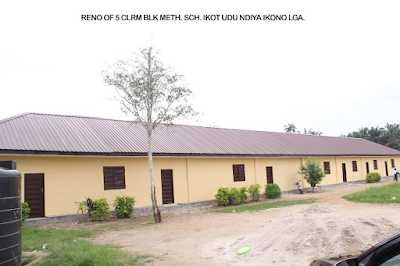 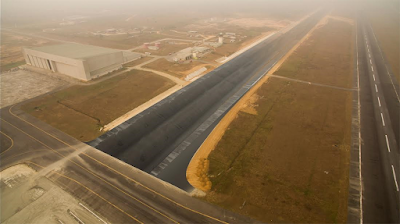 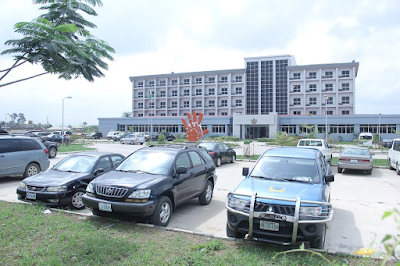 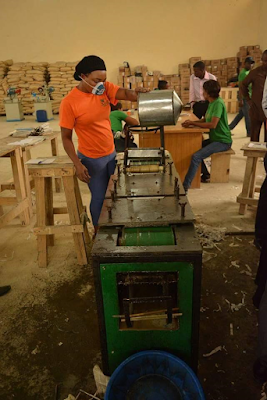 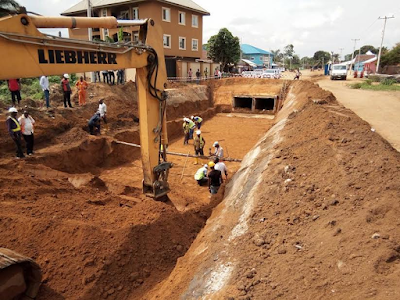 Leadership Newspaper had approached the Governor last December with this offer based on his achievements since he assumed office in May 2015. A multiple award winning professional, Governor Udom Emmanuel initially expressed reservations about accepting the award, but when the newspaper went ahead to cite some the more unique ingredients of his achievements, the Governor became persuaded and felt indeed honoured that the media could double-check on certain developmental strides.

The organizers specifically elucidated on the reasons behind the award to include Governor Emmanuel’s strides in opening up rural communities in his state, and also for bringing seriousness and responsibility to governance. Leadership Newspaper also cited the initiation of the Dakkada philosophy as well as infrastructural development amongst other achievements as justifying the award.

It is long overdue for governor Udom Emmanuel to take honour for his restoration of decency, seriousness and responsibility to governance, especially in the civil service and other government administrative organs. Specifically, the restoration of time consciousness in government business and curbing wastage in government by the Governor is unprecedented and justifies the people’s choice of an accomplished professional as their Governor. It is worthy of note that Akwa Ibom state is amongst the very few states whose government is paying salaries when due while still executing other projects to the benefit of the masses even in a recession.

Opening up of new access roads to hitherto non-accessible parts of the state especially considering that these will boost commercial activities in line with the vision of the state, are clearly award winning achievements.

Akwa Ibom people are indeed proud of their governor, and are excited that finally, their governor has accepted to receive recognition on their behalf after more than seven hundred days of charismatic and service-driven leadership to the people.  More so, the Leadership Newspaper award is a highly esteemed honour that has in recent times been accepted by even the most conservative leaders like former president Goodluck Jonathan and President Muhammadu Buhari who were joint awardees in 2015.

This award is indeed well deserved and long overdue. Congratulations, Your Excellency.
Tweet