The Vice Chairman, National Union of Road Transport Workers, Mr Omotunde is currently battling for his life at General Hospital, Shomolu, Lagos after he was stabbed by one of his colleagues for allegedly snatching his girlfriend.


Two suspects, My Ayodele Muyiwa and James Friday who allegedly carried out the attack have been arrested by the police and detained at the Shomolu police division. One of the suspects, Ayodele Muyiwa is said to have been having issues with the Mr Omotunde for snatching his girlfriend.
According to one of the members of the union who spoke to Vanguard, the victim and suspect have been fighting over the girl for a long time with Mr Muyiwa accusing Omotunde of snatching the girl from him because he is rich.
“When Muyiwa came to the park on Tuesday, he engaged Omotunde in a quarrel, accusing him of snatching his girlfriend to spite him because he was rich. They started exchanging words. In the process, Muyiwa carried a plank with which he threatened to hit Omotunde. He bent down and dared Muyiwa to carry out his threat, but he did not. At night, Muyiwa stormed the park in the company of another person to attack Omotunde. They beat him, stabbed him in the stomach and left.
Police revealed that the main suspect, Mr Muyiwa had ealier been arrested for being in possession of a gun during the union’s election. He was reportedly taken to the State Criminal Investigation and Intelligence Department, Yaba, but was later released. Spokesman for the Lagos State Police Command, Olarinde Famous-Cole, confirmed the incident saying that investigation had commenced. 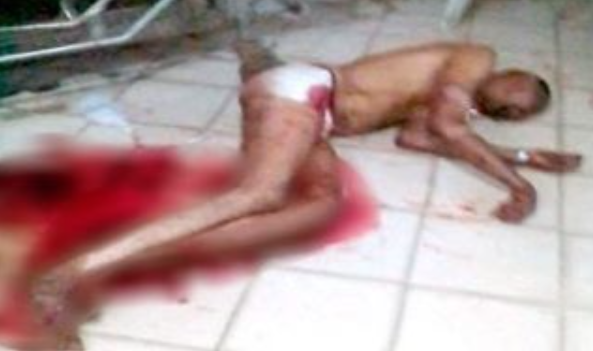