Photos of the N49million cash recovery intercepted at Kaduna airport 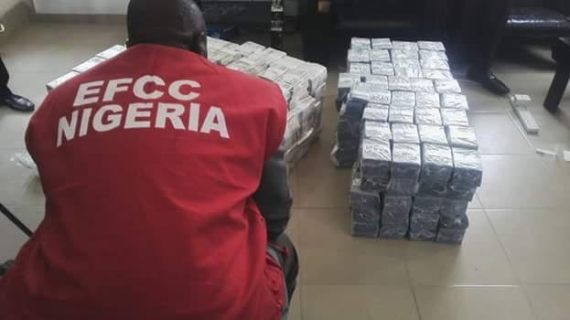 The Economic and Financial Crimes Commission, EFF issued a statement today debunking claims that the N49 million intercepted at Kaduna Airport was a stunt.

The attention of the Economic and Financial Crimes Commission, EFCC, has been drawn to a report which appeared on page 10 of Thisday Newspaper of Thursday March 16, 2017 claiming that the N49million recovered by operatives of the Commission at the Kaduna international Airport on Monday March 13, 2017 was a stunt purportedly intended to sway the senate to confirm Acting Chairman Ibrahim Magu's nomination as EFCC Chairman. 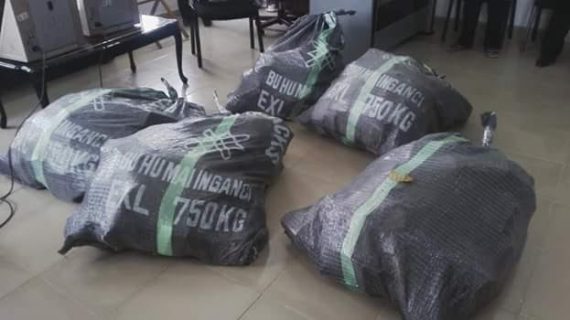 This claim, which the newspaper attributed to ghost sources in the Senate, to say the least, is ludicrous, smacks of mischief and intended to rub in the unfortunate proceedings of March 15 in the Senate, where Magu’s nomination as EFCC Chair was rejected.

Quoting an unnamed Senate source, Thisday reported that “the N49million was allegedly planted by officials of the EFCC at the airport exactly one day to Magu’s screening and confirmation by the Senate to give the semblance of an agency head that was competent and one with a wide dragnet”. It further added that, “we have it on good authority that the N49million was planted by the EFCC to create the impression that Magu is working and a major crime-bursting (sic) czar.”

For the avoidance of doubt, the EFCC is a serious and responsible agency which is not associated with frivolity and could not have engaged in any make-belief scheme to impress anybody. The reputation that the agency has today is built on solid and verifiable evidence of effectiveness in law enforcement that is acknowledged the world over. The record of conviction and recovery of stolen assets which have endeared the EFCC to Nigerians was not built on the quicksand of vain glory.
When the EFCC stormed the suburbs of Kaduna in February and recovered over $9.7million from the home of Andrew Yakubu, a former Group Managing Director of the NNPC, was that a stunt to sway the Senate for confirmation? When the Commission traced, recovered and confiscated $15m and $115m from Patience Jonathan and Diezani Allison Madueke respectively, were those stunts to curry the favour of the Senate?
The tens of billions of naira recovered from military officers, politicians and even newspapers publishers from the $2.1billion arms procurement scandal in the Office of the National Security Adviser, Sambo Dasuki, were those also a stunt?
Only the criminally gullible will not see through the intent of the Thisday rep
Tweet