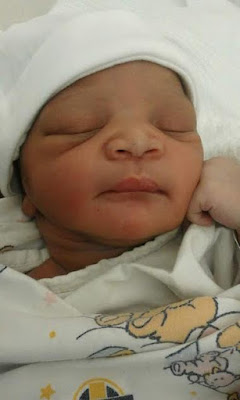 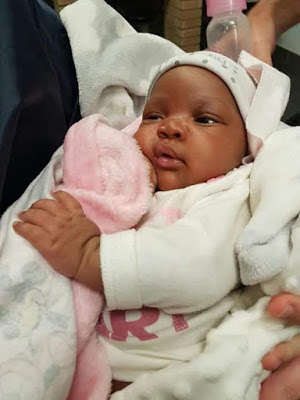 A one month old baby, Siwaphiwe Mbambo, who was abducted during a hijacking in Durban on Friday, was found in the early hours of today, alive and well. Baby Siwaphiwe Mbambo has been placed in the care of the provincial Social Development Department. 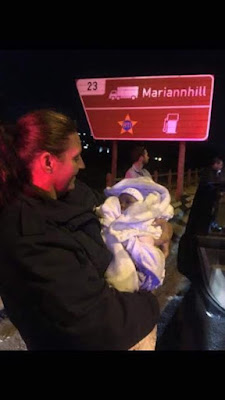 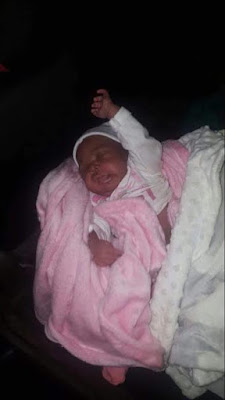 KZN Police spokesperson, Thulani Zwane, who confirmed the news said a suspicious vehicle was pulled over at the Marianhill Toll Plaza this morning with Baby Siwaphiwe inside.
News of the child's abduction had sparked nationwide concern and made local and international headlines after it was reported that the woman and her two children had been walking to their car outside a shopping centre when they were approached by two suspects who fled with the vehicle and the baby. Police offered a reward of R250,000 for any information leading to the return of the child.
"It is alleged that the mother was walking with her two children - a one-month-old, and an eight-year old to her car in the parking, when she was approached by two suspects who allegedly hijacked her of her car, and fled with the one-month-old child," he said.
South African Police Service today, released a statement regarding the abduction of Baby Siwaphiwe which said that three suspects have been arrested in connection with the case including the child's mother. Read the full police statement below:
"On Friday, 9 March 2017 the baby’s mother reported to the police that her TOYOTA YARIS car had been hijacked with her 1 month old baby on the back seat when two men drove off in her car.  The car was later found abandoned in Montclair with the baby and the nappy bag missing.
The police deployed all the resources necessary to conduct a search for the missing child joined by law enforcement officers, community members and organizations with an interest in finding the missing one month old baby. The search was intensified and  further interviews were conducted with persons of interest. Too many inconsistencies emerged during the interviews especially in terms of the initial reporting to the police of how the incident developed.  Information generated from the interviews became critical in the setting up of a roadblock in Marianhill in the early hours of this morning. A car was stopped by the police wherein a man, a woman and the baby in question was found with the baby unharmed. The baby has been placed under the care of Social Development. Three people including the 34 year old biological mother of the baby,  another woman and a man, have been arrested and are in custody.
Members of the SAPS and all role players involved are commended for ensuring the safe return of Baby Siwaphiwe Mbombo and the arrest of the perpetrators of serious crimes of this nature. The South African Police Service invested a lot in this case, including members working overtime, the use of vehicles and aircraft which impacted negatively on the availability of police resources in the fight against priority crimes. The diversion of policing resources by people with selfish motives cannot be tolerated at all. It is thus critical that in situations like this, those involved are dealt with during the processing of their cases by the courts of our country. A special prosecutor was appointed this morning to work with the SAPS on this case.
“We, as the South African Police Service, are extremely grateful that this innocent baby has been rescued from a dubious situation to say the least.  We thank our members, all other law enforcement agencies and security companies who stepped up to assist, as well as the civic minded members of the public who joined forces to assist in the search.  We are a wonderful, caring society and it is disappointing when people take advantage of their fellow South African’s trust and belief in humanity.  False claims of crimes which have an entire nation and beyond in a state of sorrow and anxiety, should be condemned,” said Acting National Commissioner, Lieutenant General Khomotso Phahlane.
Those who have been arrested and are in custody, will appear in court soon.
Tweet