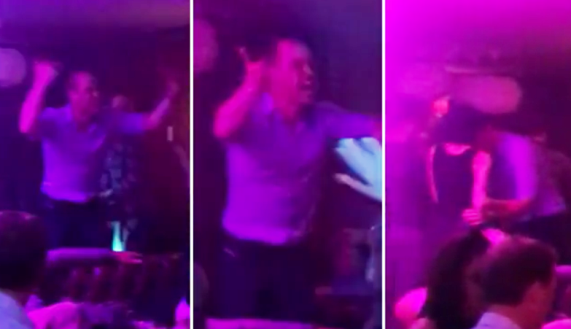 Yesterday, video emerged of Prince William dancing at Farinet nightclub in Switzerland on Sunday and though today he's back to his job as a helicopter pilot, people are still debating whether his actions were proper for a married prince.

Prince William, 34, who is the second in line to the British throne was seen in a Swiss Club, dancing flirtatiously with a woman believed to be Australian model Sophie Taylor, 24 with whom he had been photographed enjoying lunch over the weekend, while she ground against him and did a Slut Drop. 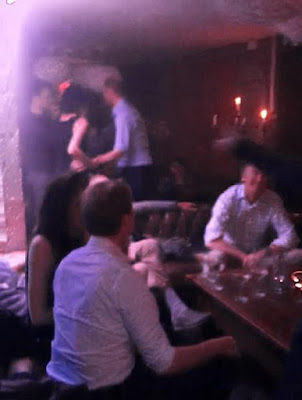 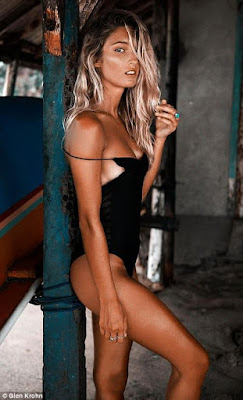 Other clips also show him putting his hand on a mystery woman's waist while leaning in to speak with her.

The royal had left his family at home to go on a lads' ski trip to Verbier with his male pals and missed a major Commonwealth Day event, another reason why people have condemned his actions. At the club, the prince let his guards down as he moved his body to Pharrell's Happy, unaware that onlookers were taking several videos of him.

One of the onlookers said William looked “the worse for wear,” and told how others were astonished by the future king’s antics.

“He was dancing so wildly that I did a double-take when I first saw him and thought it must be a lookalike," he said. “But before long everyone realised they really were partying with Prince William. I decided I had to film it with my phone or no one would ever believe me. 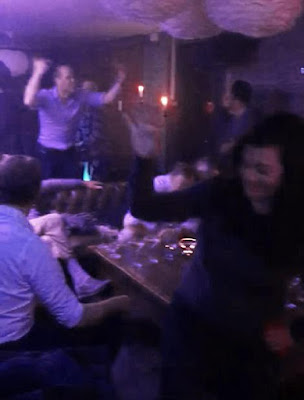 “He was dancing with a very attractive blonde girl to hip hop and really going for it — it was proper dad dancing. I’m not sure whether it was the drink but he didn’t seem to care how he looked and I never saw any security guys keeping an eye on him or his three mates. He started trying on hats starting with a skier’s bobble hat then a cowboy hat while he danced with the blonde. It was a hilarious sight.”

Another partygoer, a female, posted Instagram pictures of herself inside the club with the hashtag #slutdropwithaprince, referring to the Slut Drop dance move Sophie pulled while dancing with the Prince.

One day after, William returned home to wife Kate and their children and was back on duty as a helicopter pilot for East Anglia Air Ambulance yesterday but royal expert Katie Nicholl, author of Kate: The Future Queen, said he would have got a cold reception at home.

“It’s safe to assume Kate will be far from happy about this," she said.
Tweet