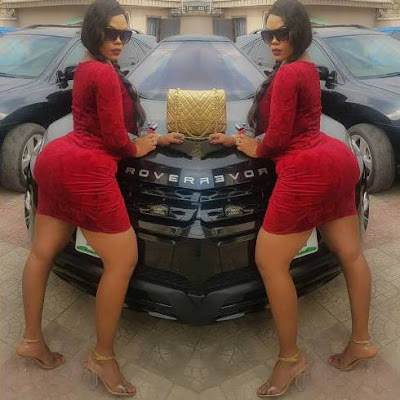 Read the report from Sahara Reporters below...

Johnson Suleman, the controversial Nigerian pastor at the center of an adultery scandal gave a $76,000 brand-new Mercedes-Benz 450 GL to Nollywood star Daniella Okeke in 2016, an official Lagos State website shows. 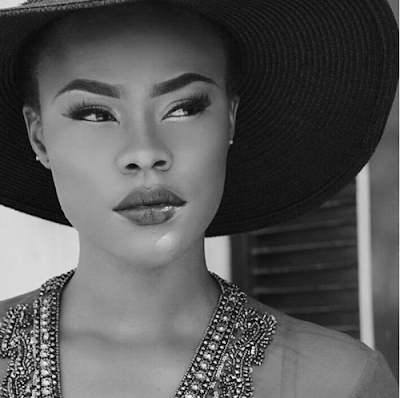 Ms. Okeke was previously named by Stephanie Otobo, Apostle Suleman’s estranged lover, as being one of the other women in his life. For her part, the actress in 2016 proudly displayed the Mercedes-Benz SUV GL 450 on her Instagram page in front of a brand-new house where she parked it.

After her name was revealed by Ms. Otobo at a press conference covered extensively by Saharareporters, some Nigerians invaded Ms. Okeke’s Instagram questioning the source of her wealth given that she has not featured in any prominent movies in recent years.

The more inquisitive among them took advantage of a new website for vehicle registration in Lagos State which unveils the ownership of any vehicles by its number due to a bug on the webpage, and discovered that one of Ms. Okeke’s most prized possessions, the posh Mercedes-Benz car, is registered to “Apostle Suleman Johnson.” 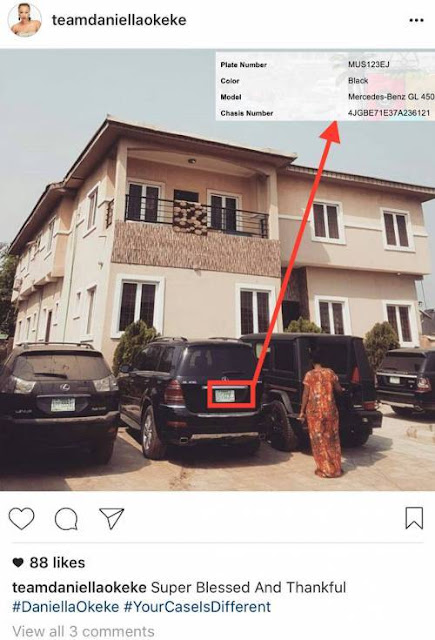 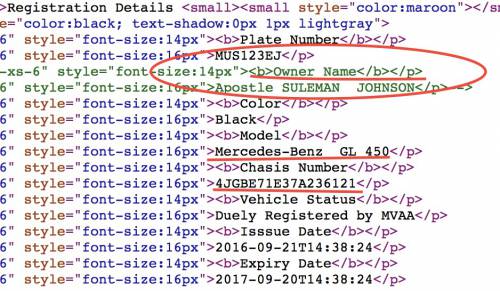 This discovery is the second window into the pastor’s private life following the one opened by Ms. Otobo, but he has vigorously denied the amorous relationship she claims to have had with him. Last week, Ms. Otobo was arrested and detained by Apostle Suleman, who procured some federal police officers to rough up the woman. She was behind bars for a few nights.

Ms. Otobo had insisted that Apostle Suleman impregnated her following sex romps in Italy, New York and Nigeria. The pastor denied the allegations and threatened to sue SaharaReporters for reporting the story. 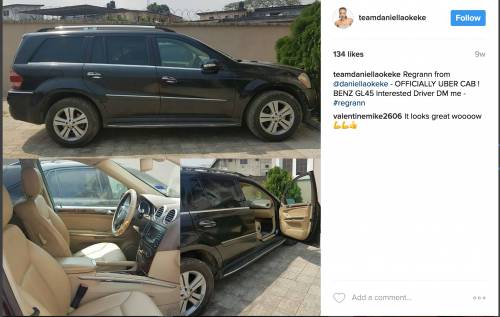 On Thursday, he also threatened Festus Keyamo, whose law office in Lagos is representing Ms. Otobo, demanding an apology and the payment to him of N1bn for blackmail and injury.

In a rebuttal on Friday, the law office denied that Mr. Keyamo, its Head of Chambers, was actively involved in the matter, as he has been in Abuja. It described the pastor’s allegations of a conspiracy against him as pathetic, ludicrous and a nonsensical smokescreen. Among others, the chambers revealed that the pastor paid millions into Ms. Otobo’s account and that it has pictures of him exposing his private parts, evidence of which it said would emerge in court.

It also stated that other victims of the pastor have started to come forward to tell their stories, armed with proof.
Tweet