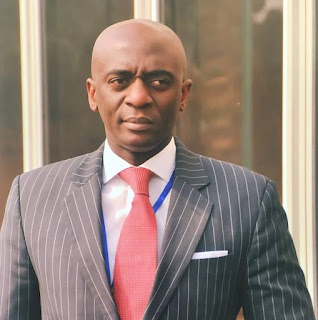 The event was held amidst joy and praises for the governor of Delta State, Senator Dr. Ifeanyi Okowa for his prompt action to the development of the state despite the economic recession.

Speaking further, Mr. Ebie directed the Principal of the school to pull down one of the old structures in the school compound since it now constitutes a death trap and not relevant to the school as enough classrooms have been provided.

In his remark, the principal of the school, Mr. Frank Aziken, thanked the commissioner for his humility and his prompt action in executing the school projects. He prayed God to lift the duo of Governor Ifeanyi Okowa and the commissioner, Mr. Chiedu Ebie to higher
Tweet