Arsenal are through to the English F.A Cup final after Alexis Sanchez's extra time goal following a defensive mix up in Man City's penalty box ensured Arsene Wenger's men will face Chelsea in a mouth watering London derby final.
Arsenal's Koschielny and Man City substitute, Raheem Sterling had goals ruled out in the first-half for offside, but that didn't deter Pep Guardiola's men as Sergio Aguero at the half hour mark put his side into the lead after a legendary assist from Ivory Coast legend Yaya Toure.
It took quite some time before Arsenal responded, with gunners left-back Nacho Monreal slashing in a right footed cross following a cross from the right wing in the 70th minute. Both teams couldn't muster a win before the end of normal time and in the 101th minute of extra-time- Arsene Wenger showed that if he were to leave the club, he will surely leave A HERO!.
Mesut Ozil had a free-kick, it got headed down by Koscielny. Danny Welbeck tried to clear it off but fluffed his lines, Gael Clichy, former Arsenal player, tried too, but missed.
Then the moment of glory came, as star man Alexis Sanchez, acted quicker than Man City captain Vincent Kompany, taking the ball off his toes with his first touch, before he smashed the ball into the net with his second touch.
Arsenal will now face Chelsea in the F.A Cup final, and maybe, just maybe...Arsene Wenger, coach of Arsenal since 1996 might leave the club on a high.....
More photos below... 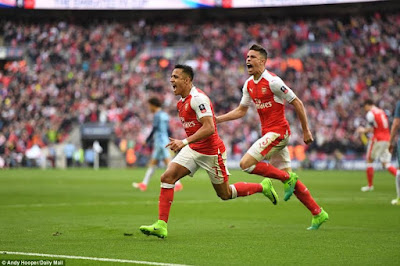 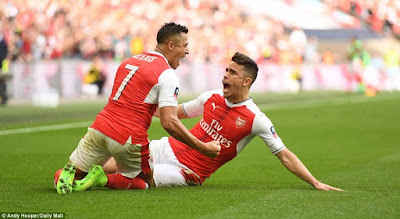 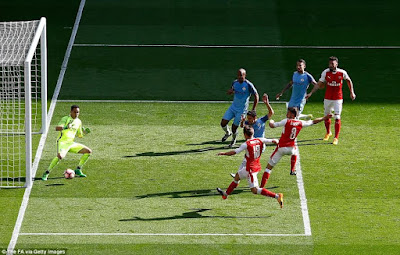 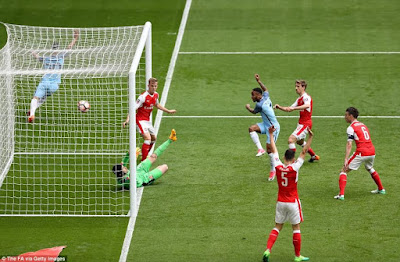 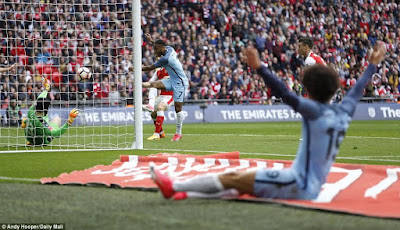 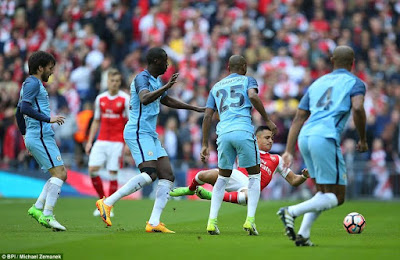 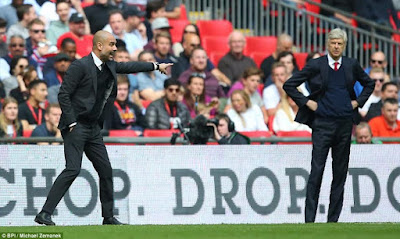 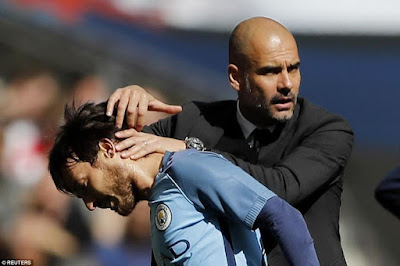 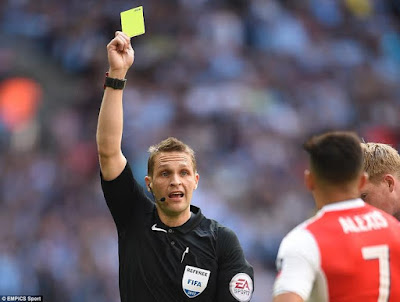 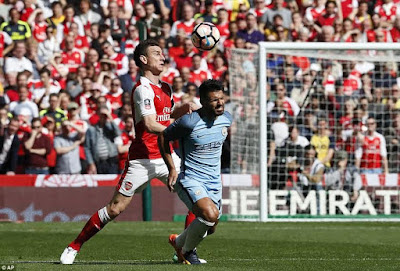 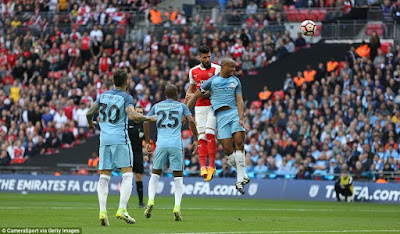