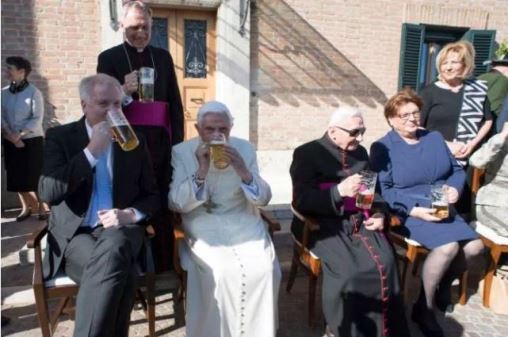 Retired pope, Benedict XVI  who recently turned 90 celebrated his special day with a chilled glass of beer outside the monastery on Vatican City grounds.
He was joined by his brother, Mgr Georg Ratzinger, and visitors from his native Bavaria in Germany.

The retired pontiff was born on April 16, 1927, in southern Germany. But since the birthday coincided this year with Easter Sunday, the occasion was celebrated on Monday.
Benedict XVI who retired in 2013 became the first pope to resign in 600 years. 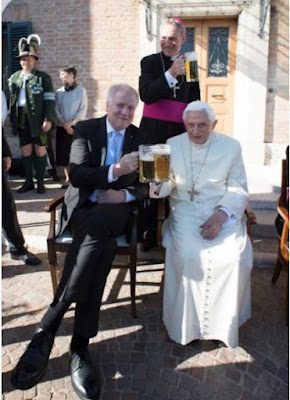 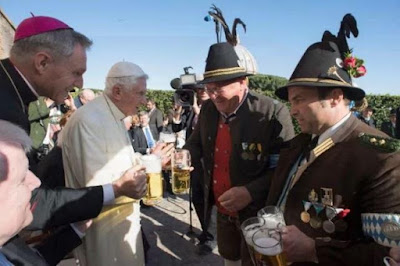 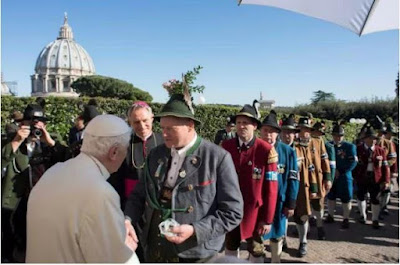