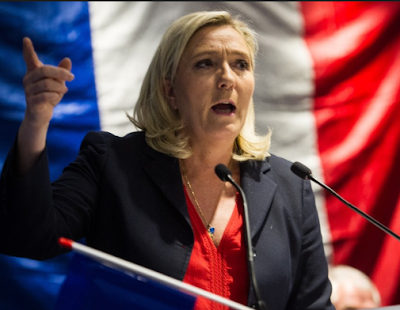 Following a deadly attack on a police bus in Paris last night that left one officer dead, French presidential candidate, Marine le Pen has demanded the closure of all Islamist mosques.

The Prime Minister, Bernard Cazeneuve, accused her of trying to capitalize on the attack.

She made the call during a televised news conference today as she urged the country to embark on a closure of all "Islamist" mosques in France as well as the expulsion of hate preachers and the reinstatement of French borders as soon as possible.
Tweet