Home » Arts and Entertainment » Lady attacks BBNaija finalist, Marvis for claming to be a princess from Eleme Kingdom

Lady attacks BBNaija finalist, Marvis for claming to be a princess from Eleme Kingdom 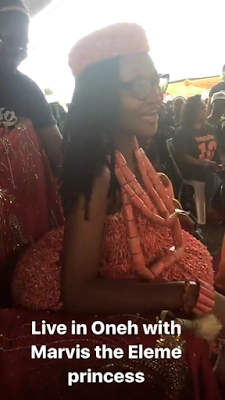 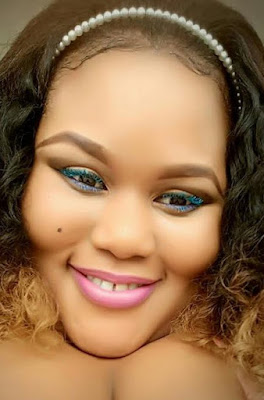 So here is the gist. When Big Brother Niaja finalist, Marvis Nkporwins was in the house, she told her fellow housemates that her father is a King in Rivers state. Marvis is from a royal family in Eleme Kingdom in Rivers state. Last week, she returned to her state and was given a royal welcome by her Father's kinsmen. Everyone at the welcome ceremony which was attended by her fellow housemates Bisola and Kemen, referred to her as Eleme Princess.

However a lady, Dorathy Osaronu, who apparently is also from one of the royal families in Eleme Kingdom, is calling Marvis an impersonator, alleging that she is not a princess as her father is not a King in Eleme.
Apparently, there has been a tussle over the rulership of the kingdom by Marvis' family and Dorathy's family, as both fathers hold claim to the throne. and have since gone to court for redress.

Dorothy on her Facebook page, shared a document claiming to be from the state government recognising her father as the ruler of the Eleme kingdom. She and her Sisters have since yesterday, been dragging Marvis, accusing her of impersonating them, the supposed real Princesses of Eleme Kingdom. See their FB posts and replies below.. 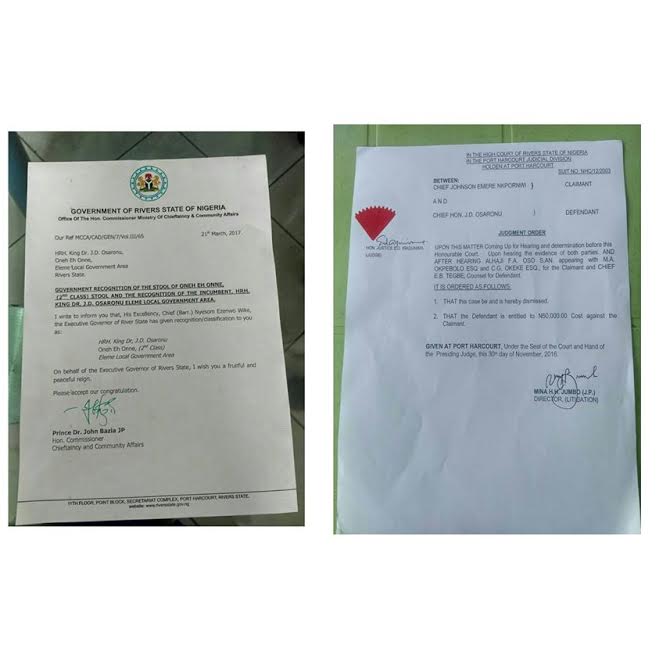 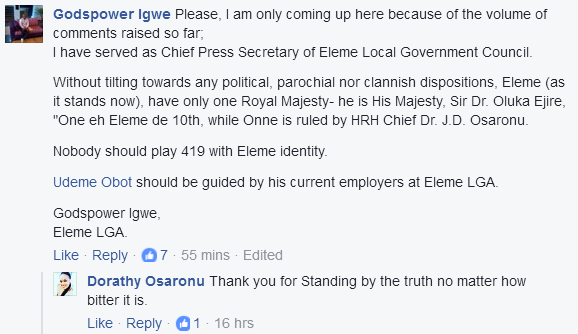 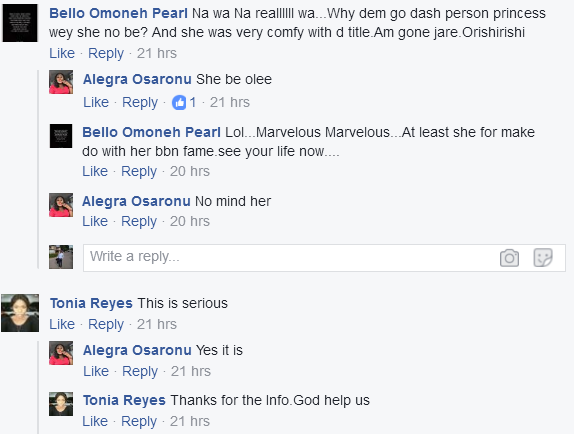 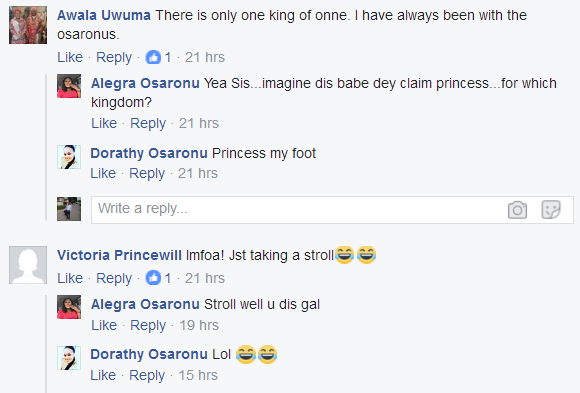 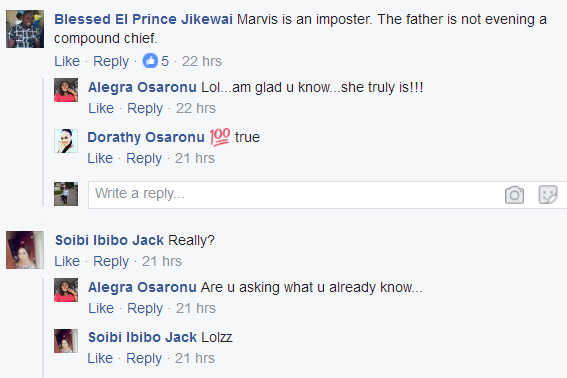 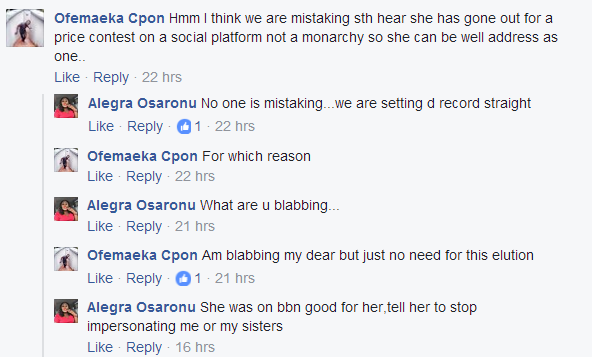 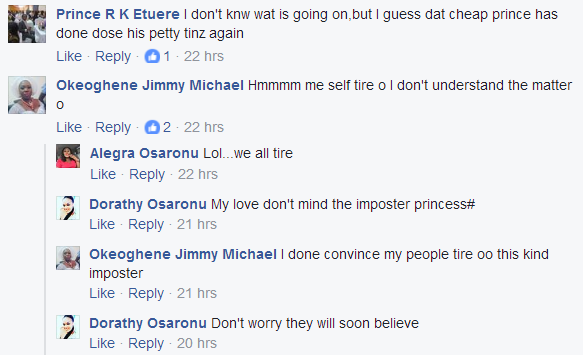 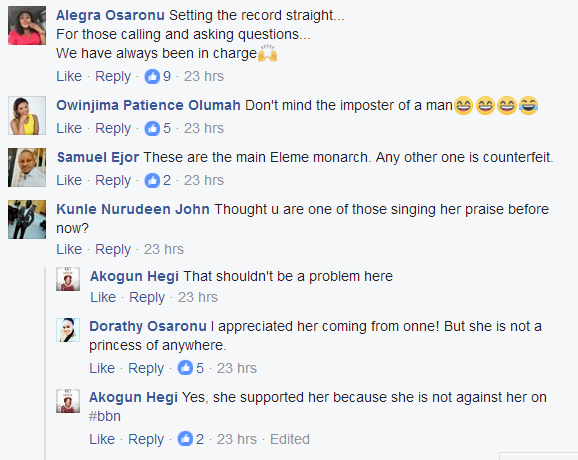 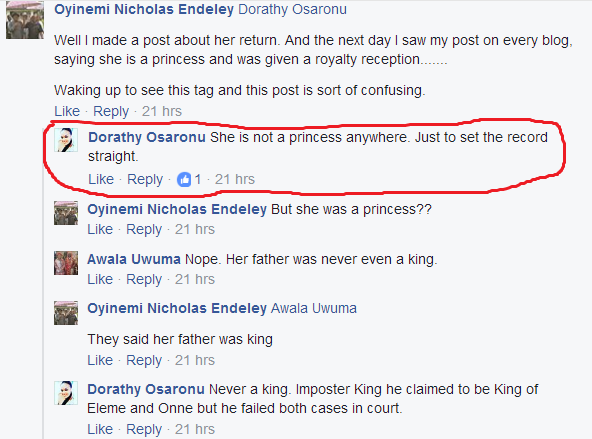 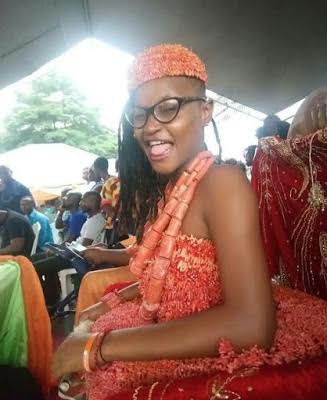 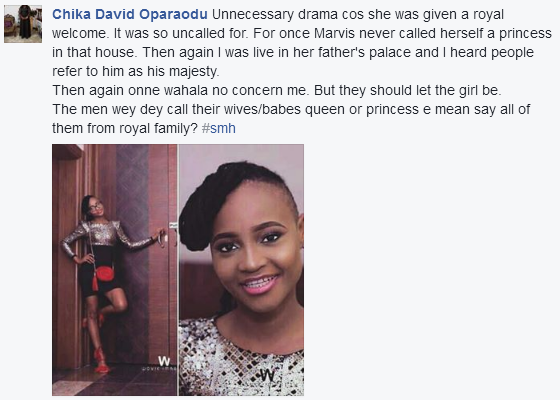