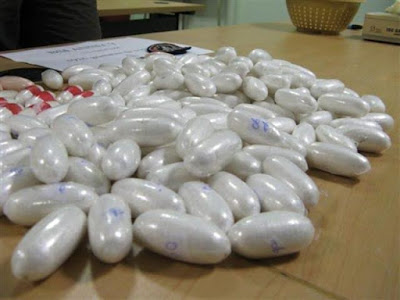 The 32-year-old suspect, who had abandoned a luggage at a reception area of a hotel located in the international transit station of the airport, was arrested at the boarding area, the DGSN pointed out in a statement.

After searching the luggage, the police discovered 53 capsules containing 1.2 kg of cocaine, the same source added.

The airport scanner also detected extra capsules hidden in the suspect’s stomach, which required his transfer to the Ibn Rochd hospital in Casablanca, the statement noted.

The accused, coming from Sao-Paulo (Brazil) and heading for Freetown (Sierra Leone), was remanded in custody under medical supervision to remove the pills, before conducting a judiciary investigation under the supervision of the competent public prosecutor.
Tweet