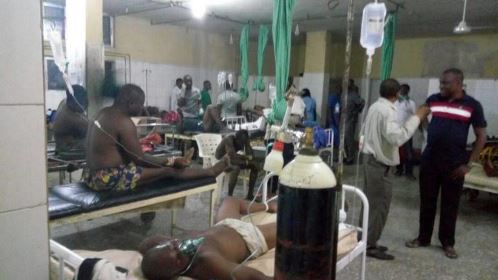 Cross River State governor, Ben Ayade has described as tragic and horrifying the loss of several lives at a viewing centre in Calabar, the state capital.

A horrified Ayade said it was heartwrenching that the lives of the young men were lost in such a gripping manner.
The governor, according to a statement signed by his Senior Special Assistant on Media and Chief Press, Mr Christian Ita, said the incident marks a dark chapter in the life of the state.

While commiserating with the families of the victims of the tragedy, the governor promised that the state government will look into the likely cause of the incident with a view to preventing a recurrence.

At least 30 football fans have died due to electrocution following a transformer explosion Thursday night at Inyangasang area of Calabar.

It was gathered that a high tension cable dropped on a match viewing centre after the explosion causing about fans watching a football match to be electrocuted. Others sustained first, second and third degree burns.

The transformer exploded at about 9:00 PM with some football fans watching a UEFA Europa league game between Manchester United and Anderlecht football clubs running out of the centre.

"Upon return, their colleagues were making jest of them not knowing a high tension cable was melting from above which then landed on the viewing center causing them to be electrocuted,"  said a resident of the area who preferred anonymity.

This caused another scramble with onlookers screaming at the top of their voices but unable to help the resident said. Minutes later, men of the State Anti Robbery Squad in the Cross River State Police Command cordoned off the area with those electrocuted, transported to different hospitals in the city including the University of Calabar Teaching Hospital. 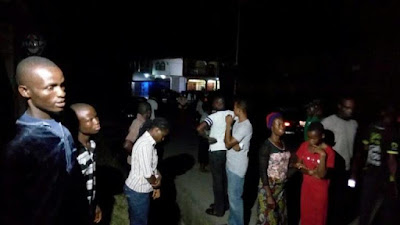 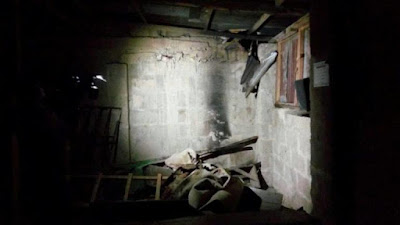 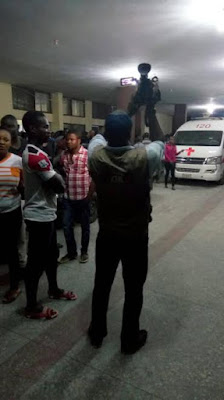 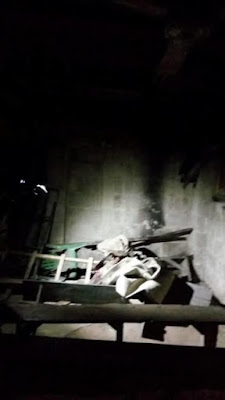