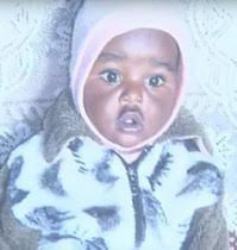 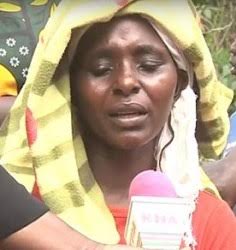 A one-year old boy was killed and his five year old brother hospitalized after their aunt attacked them with a machete in Nyamonema village, Kisii County, Kenya on Wednesday, April 12th.

The woman attacked the two siblings as they played outside their grandmother’s house. She allegedly slashed the minors several times, killing the younger one on the spot and seriously injuring the older sibling. 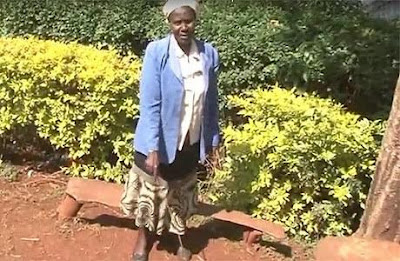 Ms Elizabeth Bosire, the children’s grandmother, told Nation that she had gone to pick tea at her farm when she was disturbed by the distress calls of her grandchildren.

"I heard my grandchildren crying while calling for me and immediately dropped my basket to run home and find out what the problem was. I was just on time to find my daughter-in-law hacking my grandson on the head with a machete," a tearful Ms Bosire said.

She screamed in a bid to ward off the attack and the assailant then fled the scene, leaving her to attend to the child who was bleeding profusely.

"I screamed and pleaded with my daughter to stop killing my grandchildren. At that point, she stopped and ran off, allowing me to pick up my grandchild and try to assist him. I took off my jacket and wrapped it around his head in an effort to stop the bleeding, and started running towards the road as I called on neighbours to help us,” said Ms Bosire.
The grandmother, together with her daughter Ms Lydia Kemunto, carried the two boys to the main road in an attempt to get help from neighbours.
"Together, we ran to the road and screamed as we sought our neighbours’ assistance. They assisted us rush the children to Kisii Teaching and Referral Hospital,” said Msbo
Lydia Kemunto, the children’s mother, recounted the painful final moments of her son’s life.

"I was in the farm tending to my maize crop when I heard the screams of my nephews and nieces. On rushing home I found my son lying prostrate on the ground with several wounds on his head,"  said Ms Kemunto.

She said she picked up her son and headed for the road in a desperate attempt to get him to hospital.
"On my way to the road, I saw my mother-in-law holding my younger son who had a large, gaping and bleeding wound at the back of his head. Despite my many attempts to get a response from him, he remained quiet. We managed to rush them to hospital where my son was pronounced dead on arrival," she said.

The suspect’s husband, Mr Dennis Bosire, said he had left for work at a quarry when he was alerted by villagers of the machete attack at his home
"On arrival at my home, I found neighbours and relatives gathered with the children having been rushed to hospital. The news of my wife’s act has left me stunned. I am yet to believe that she would do such a thing,” said Mr Bosire.

The local community policing coordinator Mr James Nyaata, who confirmed the incident said he had received a call from area assistant chief Francis Masese that a woman had attacked her nephews and was still on the loose.

“Mr Masese told me the suspect had escaped from the scene of crime while wielding the murder weapon and was still a possible threat to other residents. I took a boda boda and headed towards Otamba village where she hails from. On the way, I found a crowd at a tea farm in Masongo village attacking her armed with sticks, stones and other crude weapons,” said Mr Nyaata.

He told Nation that he pleaded with the crowd in an effort to rescue her from their wrath.
"When they finally let her go, I notified officers from Itumbe Police Station who came and took her into custody. She was treated for minor injuries at Gucha Hospital and discharged before being returned to police cells," Mr Nyaata said.

Speaking on phone, Kisii County Police commander Agnes Mudambi said police had arrested the suspect and she was assisting them with investigations.
Residents expressed their shock at the incident, terming it a tragedy that had never previously happened in the village.

“We are in shock. The assailant and her husband had a stormy relationship, characterized by frequent fights. She set her house on fire one time last year, and we only managed to put it out by luck,” said Mr John Ombati, a resident.
He alleged the suspect was known to be mentally challenged, a claim denied by community policing chief Mr Nyaata.
“I have always known the suspect to be of sound mind. Today’s incident is a big shock to all of us,” he said.
The body of the minor is at Kisii Teaching and Referral Hospital awaiting postmortem.