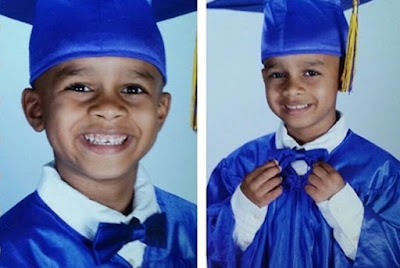 Six-year-old Kingston Frazier who was supposed to graduate from kindergarten on Thursday at North Jackson Elementary School was found murdered in his mother's car which was stolen while he was in it at a grocery store. According to MSNewsNow, Kingston’s mother, Ebony Archie, stopped at a Kroger grocery store at about 1:15 AM Thursday morning, parked her Toyota Camry, left the car running, with Kingston inside the vehicle, and ran inside the store for a few minutes to shop.
While she was inside the store, two men pulled up in a Honda Civic.  The passenger in the Honda  a 6-foot-tall black male, got out of his car and jumped in Archie's car with the child inside. Both cars sped away.
The Hinds County Sheriff’s Office provides security for the Kroger and a deputy was there.  He took a report of a stolen vehicle at 1:37 AM when a witness reported that a woman came out of the store and said her vehicle was missing.
At the time they made the missing car report to the police officer, there was no mention of a missing child. 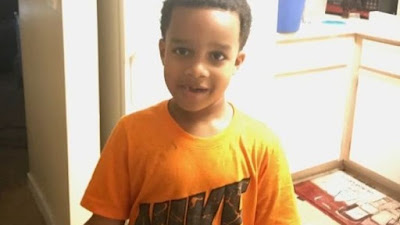 Hinds County Sheriff Victor Mason confirmed that when that report was taken, that there was no mention of Kingston.  He did not say when or how that he became aware that there was a missing child, but at some point his deputies did.

They contacted the Mississippi Highway Patrol and the Jackson Police Department. JPD Commander Tyree Jones said that Jackson police officers then responded back to the Kroger and began an investigation, including finding information on the vehicles involved in the case.
A witness contacted police and provided information on the person last known to have been driving the Honda Civic. Police were able to determine the identity of the driver, and have confirmed that it is one of the three suspects that have been arrested.

At about 4:30, the Mississippi Bureau of Investigation then issued an Amber Alert for Kingston, and began providing assistance in the investigation.

The stolen Toyota Camry was found on Thursday at a dead end on Gluckstadt Road behind the ABC warehouse.  Kingston’s body was found in the back seat.  He had been shot repeatedly, including in the back of the head. 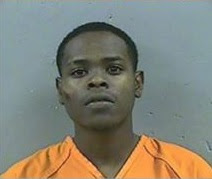 Three suspects were arrested Thursday and are in custody under no bond, charged with capital murder. 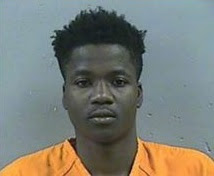 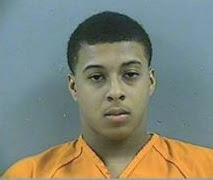 Wakefield was a quarterback on the Ridgeland High School football team last season, but is no longer at the school and was dropped by the team.


“Kingston was one of our kindergarten scholars.”“He was a very fun-loving child. He was everybody’s baby. He was a sweet child to be around. He was Kingston.”

The school is offering grief counseling for students and staff.


“There are no words to express the anger and sadness over the loss of Kingston Frazier. The innocence and life of a six-year-old child have been taken by a horrific crime. It is time this senseless violence end. We can all pray that God will assuage the pain of Kingston’s family and friends, while we hold the guilty accountable.”