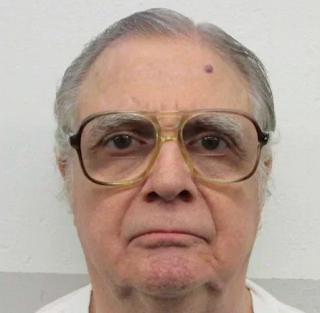 An inmate in Alabama who was famous for escaping his execution 7 times due to legal challenges is finally dead. 75 year old Tommy Arthur was pronounced dead at 12:15 a.m today at a southwest Alabama prison after a lethal injection.

Arthur was convicted of killing riverboat engineer Troy Wicker, who was fatally shot as he slept in his bed in the north Alabama city of Muscle Shoals in 1982.
Arthur was sentenced to death for the 1982 contract killing of Troy Wicker. Prosecutors say that Arthur, who was serving life at the time for fatally shooting his sister-in-law, had an affair with Wicker's wife, Judy, while in a work-release program and that she paid him $10,000 to kill her husband.
The state set seven execution dates for Arthur between 2001 and 2016. All were delayed as a pro bono legal team fought his sentence.
Arthur, in a round of phone calls to reporters earlier this week, maintained he's innocence in the Wicker shooting telling the Associated Press, "I'm terrified, but there's nothing I can do. I've got hope in my legal team'.
Tweet