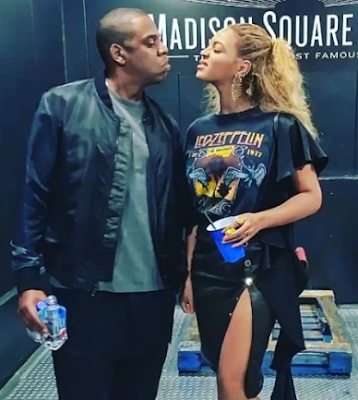 Jay Z and Beyonce's combined income have crossed the billion dollar mark, according to Forbes. Read the report below...

Beyoncé and husband Jay Z are set to welcome twins this summer, joining their daughter Blue Ivy, 5. Buying new baby equipment shouldn't be much of a problem: Beyoncé and Jay Z are now officially a billion-dollar couple.

Per Forbes' list of America's Wealthiest Self-Made Women--released today--Beyoncé, 35, has amassed a personal fortune of $350 million. The total for Jay Z, 47, has soared to $810 million per last week's ranking of hip-hop's richest acts (he trails No. 1 Diddy by just $10 million). That brings the couple to a combined net worth of $1.16 billion and counting.