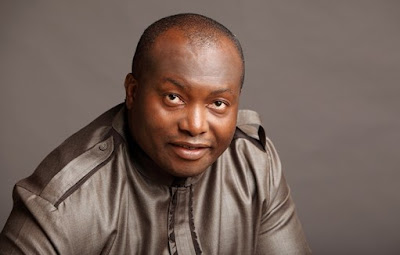 Ekiti State Governor, Mr Ayodele Fayose has condemned the Department of State Services (DSS) arrest and detention of the Managing Director of Capital Oil and Gas Limited, Ifeanyi Ubah, lamenting that “the DSS is becoming law unto itself and dragging Nigeria back to 1984 when Decree 2 was used by the National Security Organisation (NSO) to dump Nigerians in detention without trial under flimsy excuses.”


The governor, who described the DSS claim that it arrested and detained Ubah for inciting members of the Petroleum Tanker Drivers Union to stop lifting petroleum products so as to cripple the economy and cause untold hardship to Nigerians as “nonsensical”, added that;

“It is becoming obvious that if nothing is done to curb the lawlessness of the DSS, the agency will singlehandedly truncate democracy in the country.”

In a statement issued in Ado Ekiti on Wednesday, by his Special Assistant on Public Communications and New Media, Lere Olayinka, Governor Fayose said arresting and detaining Ifeanyi Ubah for economic sabotage was a sad reminder of the President Muhammadu Buhari’s military regime.

He said under the State Security Act CAP. N 74 LFN, 2004, the responsibility of the DSS is majorly the prevention and detection within Nigeria of any crime against the internal security of Nigeria and the protection and preservation of all non-military classified matters concerning the internal security of Nigeria, noting that the service has abandoned its core duties.


“If Ubah is being held for allegedly inciting members of the Petroleum Tanker Drivers Union to stop lifting petroleum products, one day and very soon too, members of Nigeria Union of Petroleum and Natural Gas Workers (NUPENG) and Petroleum and Natural Gas Senior Staff Association of Nigeria (PENGASSAN) will be sent to jail for going on
strike to agitate for their welfare,” the governor said.

Governor Fayose, who said Nigerians did not vote for change to be
hounded by the DSS as it is being done since the emergence of this All
Progressives Congress (APC) government, noted that; “That’s the same
way the DSS arrested the former Governor of Benue State, Gabriel
Suswan in February and detained him until two days ago, claiming that
he constituted security risk and failed to cooperate with
investigators.


“The other time too, this same DSS claimed that it uncovered plot by the Rivers State Governor, Mr. Nyesom Wike to disrupt governance in strategic federal government agencies and one can begin to imagine if the DSS won’t one day accuse whoever that is perceived as opposing the APC-led government of coup plot.”

Speaking further, Governor Fayose said;
“Nigerians should be reminded that I raised alarm when this regime of impunity started with the invasion of the Akwa-Ibom State government house and later the Ekiti
State House of Assembly.  I did say then that democracy in Nigeria was becoming unsafe in the hands of this APC government and that those keeping silent because of politics might also end up in the belly of the roaring lion that was threatening to consume our democracy.

“Those who ought to have joined in condemning the DSS impunity at that time kept silent for fear of the unknown.

"Now it is Ifeanyi Ubah that they have visited with their tyranny, who knows who will be next?

“Well-meaning Nigerians and the international community must therefore raise their voice in condemnation of this regime of tyranny being ran
be the DSS.”
Tweet