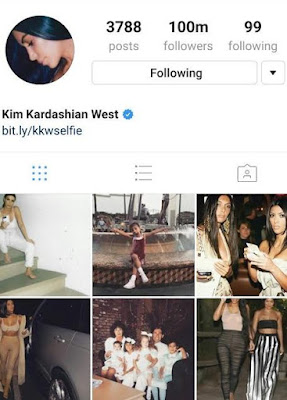 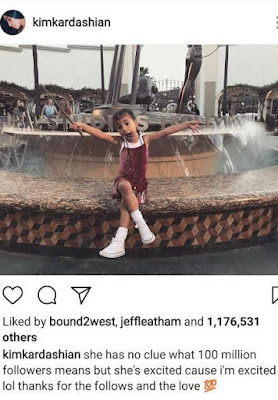 36-year-old reality tv star, Kim Kardashian West now has 100 million followers on Instagram. Hitting the 100 million mark makes Kim the most followed reality star on Instagram, but there are also celebrities who have crossed over the mark.