Did Future shade Jay Z after his money phone explanation? 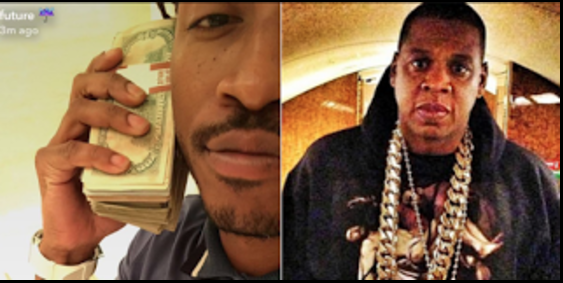 Last month, shortly after Jay Z released his 4:44 album where he addressed rappers who pose with a wad of cash to their ear, Future shaded him by taking a photo with money to his ears and posted it online.
Last week, Jay Z granted Rap Radar an interview where he clarified the lyric and explained that it was misinterpreted, yet Future is still dragging Jay Z.
The father-of-three told Rap Radar: "I didn’t even tell people to stop using the money phone. I didn’t say that. I had to listen again like 'How is this being misinterpreted?' because I just said it ain’t money to us. It ain’t. That’s just an honest statement."
After the interview aired, Future fired back with a couple of tweets.
"Same money u get we gettin too..." his first tweet read.
He quickly followed up with another tweet that read: "As long as they print it we gone get it.FREEBANDZ"
See screenshots below.