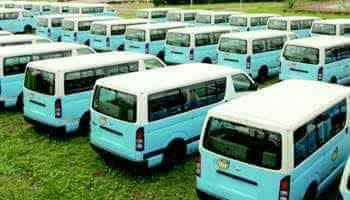 DELTA State Government has debunked insinuations that the state transport service, Delta Line has been sold, saying that the company has been repositioned for greater efficiency, improved profitability.

The Chief Press Secretary to Governor Ifeanyi Okowa, Mr Ehiedu Aniagwu Charles at a well attended press conference in Asaba, (29/08/17) disclosed that Governor Okowa values the roles the transportation company plays in the lives of Deltans and Nigerians in general and has never contemplated sales of the company, adding that the state government only divested 60 percent of its equity shares to ensure greater efficiency and improved profitability.

According to him, it has been discovered that over the years, the management of the company had failed to deliver on the purpose the company was set up but, rather, has incurred huge debts and also, failed to meet with its contractual obligations to workers prompting government to look at better ways to ensure that the desired results of rendering services to Deltans was achieved while the state government makes money from the company.

Mr. Aniagwu who debunked insinuations that the transport company has been sold stated that Governor Okowa's administration has the intention of divesting government interests in the company by having 40 per cent equity shares while a reputable transport company takes 60 per cent shares.

"Delta State government wants the company (Delta Line) to remain as a going concern, that is why nobody can contemplate sales of the company," he said, stating, "for anything, the name Delta Line must be retained, so, we are going into a Public Private Partnership (PPP), we are only partnering with the private sector that has demonstrated so much confidence and ability to run the operation of such business; there is no intention to short change the state, rather the decision that was made is for the best interest of the state, the best interest of Deltans, the best interest of the finances of the state and above all, the best interest of the lives of everyone irrespective of where they come from who will take advantage of this transport service to move to and fro their different destinations; in a nutshell, these are objectives behind the decisions in respect of divesting part of state government's equity holding in Delta Line."

He continued, "the insinuation that Delta State government has sold Delta Line is false for what was done, was to divest some of government's equity with a view to bringing-in private hands to efficiently pilot the affairs of the cooperation and are looking at 60-40 equity holding as against 70-30 that was reported in some quarters; this is to ensure that the company comes in, reposition the Delta Line and put it on the path of profitability and when that is done, we can talk about liquidating the debt burden that at the moment has been the bain of the company."

"The state government is mindful of the need to have a transportation company that is efficient, effective and able to deliver to our people and to have vehicles that can take them to places they desire to go at the most reasonable costs and at the same time the image of the state will remain intact at that high standard".

Aniagwu stressed that the state government believe that over the years the Delta Line that was set up with very good intentions have not been able to live up to its expectations, both in terms of delivering on its obligation to the staff of the cooperation and also obligation to the state government who have put in enormous amount of funds in ensuring that the entity run as a viable transport company. Flanked by media aides to Governor Ifeanyi Okowa Mr Aniagwu said,

. "In the last two years government have taken pain to study the cooperation and how it is being run with a view to properly repositioning it and in the course of that study, it was discovered that it is practically impossible for government to effectively run it in such a way that it brings about efficiency that is desired and at the same time guarantee profitability; having done that review on the processes that run the operations of the company, we felt it was necessary for us to take a second look and in taking that second look, it became obvious that we needed experts and a private sector touch without taking away that aspect of the government's ownership. And what did we do? We first placed adverts sometime in December 2016 in two major newspapers - ThisDay and Vanguard to invite people to be part of this equity holding and after that we felt the need to still extend the deadline to January 2017, and in doing so, we also advertised in the state owned newspaper, The Pointer; after these adverts were closed and the bids closed and we scrutinized the individuals and organization that bided, we found one to be commercially, operationally and financially competent to be able to meet our recommendations on improving the transport sector and also delivering to our people, but, I can tell you that no Memorandum of Understanding has been signed yet but we have made appreciable progress in that direction."

On the NLC bid, Mr Aniagwu explained that the union apart from bidding late didn’t have the proven technical, operational and managerial competence to run such a company, stressing that the state government was interested in ensuring that Delta Line was run by competent hands that would ensure its continuous existence.

He averred that the MOU which would soon be signed provided for the retention of the company’s brand identity and identified competent staff, while ensuring the company was brought back to profitability. 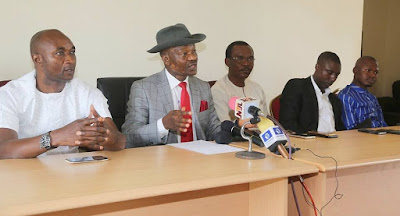