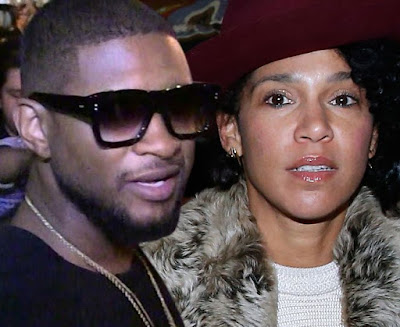 There were reports that a woman is suing singer Usher for allegedly giving her herpes after having unprotected sex with him earlier this year. For those who think this could affect his marriage, think again. Read the TMZ report below...

Usher and his wife, Grace Miguel, are rock solid on the heels of the $20 million lawsuit against him for allegedly giving a woman herpes ... TMZ has learned.

Sources close to the couple tell TMZ ... Grace isn't concerned at all about the allegation Usher slept with a woman, who sued as Jane Doe, at least twice this year. We're told Grace, who's been Mrs. Ush for 2 years, isn't giving the lawsuit any weight.

Our sources say the woman suing has a history with Usher. She was a close friend of his first wife, Tameka Harris, and attended their 2007 wedding. We're told Usher believes she has a thing against him, and has for a long time. That's why Grace is paying her no mind.

As we first reported ... the woman wants $20 mil from Usher for allegedly giving her herpes.