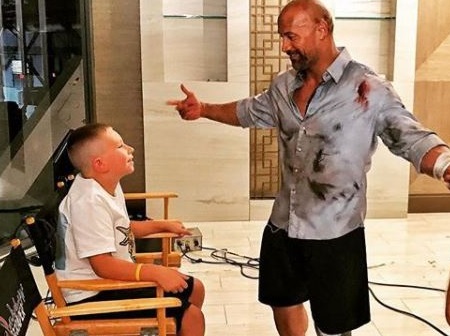 Actor, Dwayne Johnson aka The Rock has met with the 10-year-old boy who was able to rescue his 2-year-old brother's life by watching a scene in his movie, San Andreas.
10-year-old Jacob O'Connor was hailed by the former Wrestler after he found his little 2-year-old brother, Dylan laying facedown in their pool. He pulled him out and started CPR and chest compressions he learned from The Rock while watching him do it in his favorite movie, 'SAN ANDREAS.'

Sharing photos of them while he was on set of a new movie 'Skyscraper', the Rock wrote:


'Ladies and gentlemen, I finally met this real life 10yr old hero, Jacob O'Connor. He rescued his 2yr old brother after finding him facedown in their pool. '
'I said, not only do I shake hands, but when I meet heroic kids, I give hugs.. now get in here. Despite the fact I looked like 9 ways of hell, battered and bloodied from my scenes, Jacob reluctantly, gave me a hug. A very special day we had on our #Skyscraper set. #JacobOConnor #Hero

The Rock also met with Jacob's mom and his brother on Tuesday.
More photos below.. 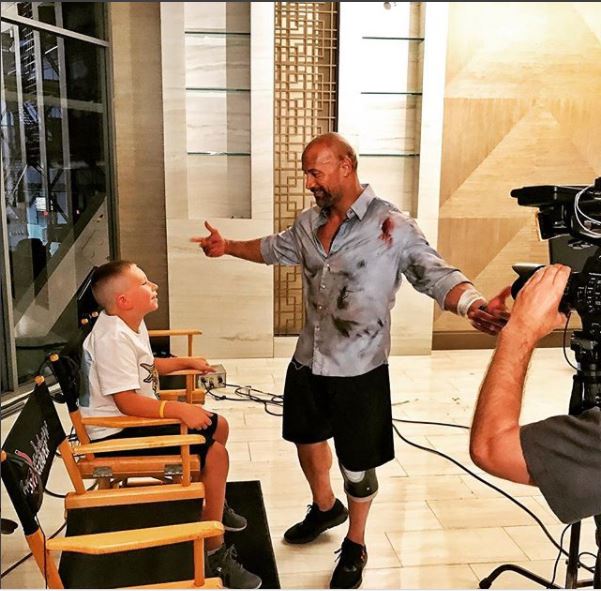 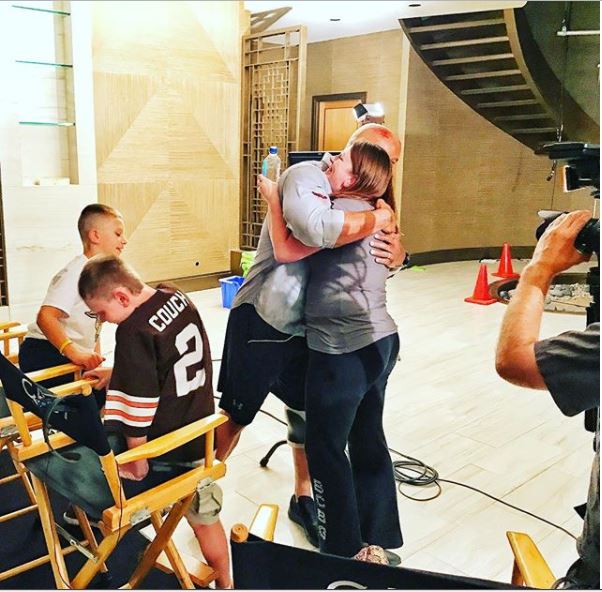 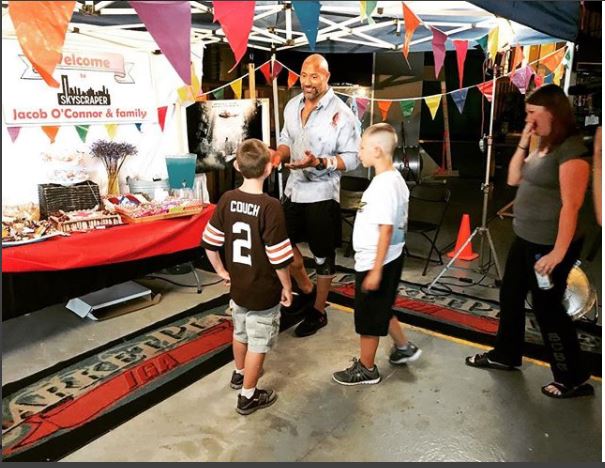